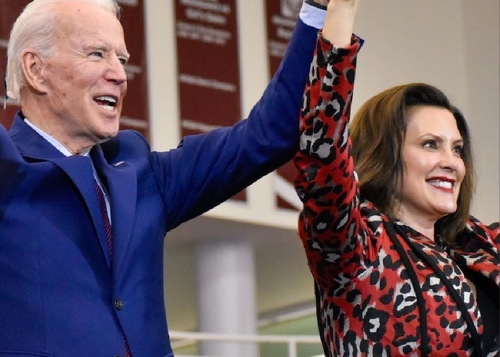 The FBI says Iran was behind a website that sought to incite deadly violence against Gov. Gretchen Whitmer and other officials who pushed back against baseless election-fraud claims last month.

A website called “Enemies of the People” and some associated social-media accounts surfaced about two weeks ago that alleged (FBI Director Chris) Wray and about a dozen officials had engaged in treason because they “aided and abetted the fraudulent election against” Mr. Trump.

The website, which is no longer online, featured crosshairs over photos of people it said should be targeted for reprisal because they defended the election result declaring President-elect Joe Biden the winner as legitimate. It also included photos of homes and street addresses where the individuals lived as well as personal email addresses.

Whitmer has also been the subject of online threats from right-wing Michiganders. Earlier this year she was targetted in a foiled kidnapping plot.