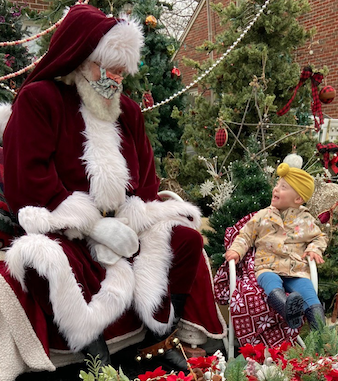 John McGrail, a retired civil engineer for the City of Detroit, who plays Santa at events, tells his many tales of the job on "M.L.'s Soul of Detroit" podcast with M.L. Elrick, Marc Fellhauer and Shawn Windsor.

McGail, who has played Santa for about 35 years, talks about dealing with crying kids, flirtatious women on his lap and handing out sex toys at a cocktail party.

Asked if Elrick is worthy of Santa's good-behavior list this year, he replies: "Ever since he left Fox he's on the good list."

On the serious side, he says some kids ask if he can get mom and dad back together. He tells them it's not their fault and that sometimes parents have problems that can't be solved.

Obviously, he's a Santa for all occasions.

Listen to the podast here.