A sister of holiday fire victim Demika Pinson launched a GoFundMe drive for the grieving, burned-out family from Detroit's east side. Two of Pinson's five children died in the Christmas morning blaze and two others are at Childen's Hospital of Michigan. 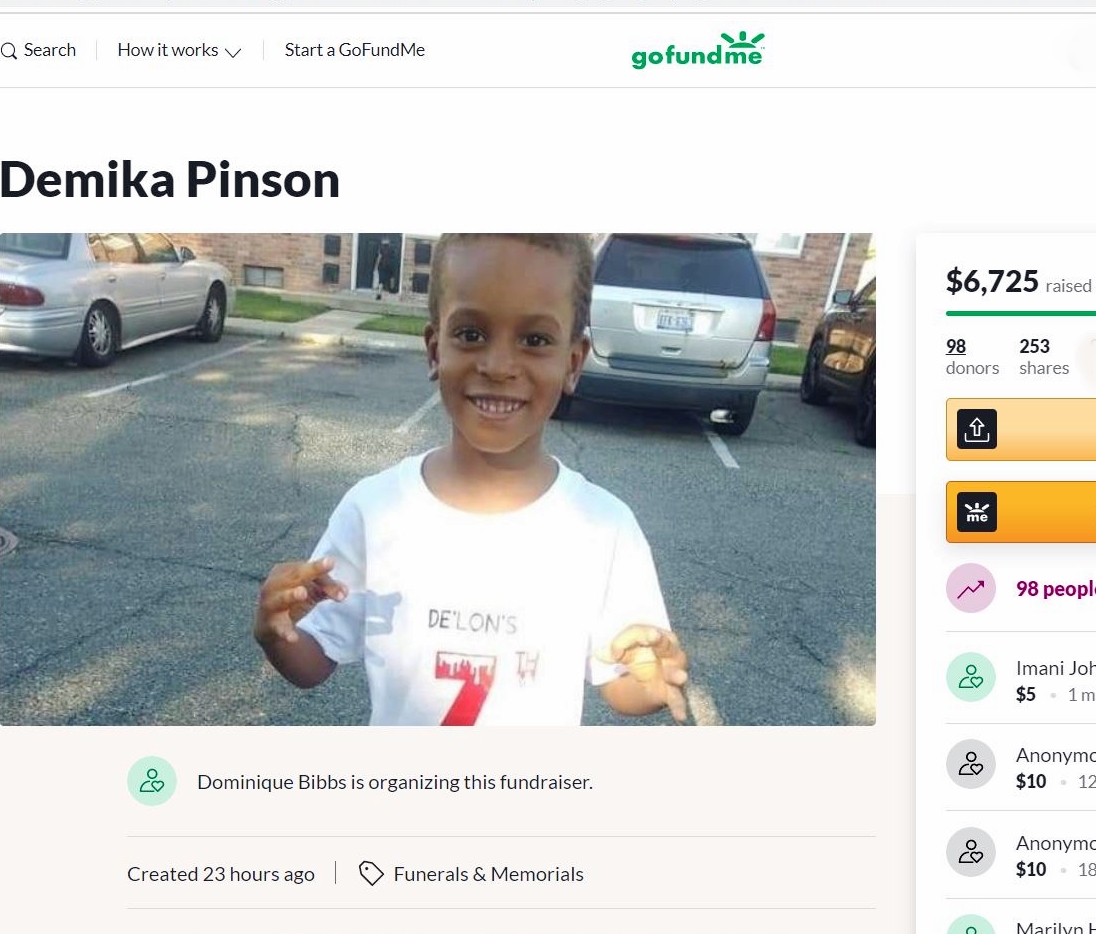 De'Lon Wheeler and a 6-year-old brother, Damarion, died in their living room.

"Demika has lost everything. We are asking if anyone can donate anything to her and her children that would help her out," Bibbs posts at the fundraising page, which had a $5,000 goal. The family's sudden expenses include two funerals, as well as relocation and replacing damaged possessions.

Two boys died and three other siblings and the mother were injured in an early morning Christmas house fire on Detroit's east side.

De'Lon Wheeler, 7, and Damarion Wheeler, 6, were found dead in the living room of the two-story home in the 2000 block of Helen Street, near 8 Mile and Van Dyke, The Detroit News says.

The injured children, aged 2, 8 and 10, and their mother, Demika Pinson, were taken to a hospital. They escaped by jumping from a window. The youngest daughter, Di'Yoir, was in her mother's hands during the jump and reportedly was unhurt.

The cause of the fire is under investigation. "It could have been electrical, Christmas tree or kids playing with matches, but it's not suspicious," Deputy Fire Commissioner Dave Fornell told The News.