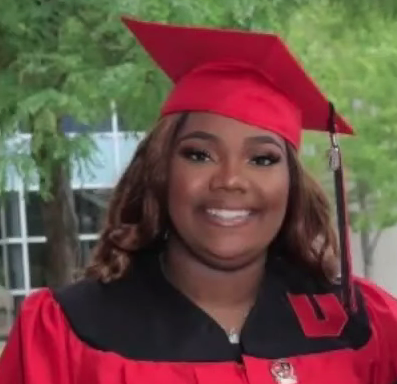 Police are searching for two suspects in the death of an 18-year-old Wayne State University student, shot early Saturday morning on Detroit's east side.

Casey Willis was shot around 2 a.m. in the 18000 block of Cardoni Street as she and an 18-year-old man sat in a Honda Civic, police say.

Two men, one with a long guin, approached and began firing. Willis was the only one hit and was declared dead at the scene, WXYZ and other media report.

The men fled on Nevada Avenue in what's believed to be a Chevy Impala.

Willis graduated from Detroit's University Prep Academy High School. She was a freshman at WSU and was working two jobs, including Footlocker, where she recently got promoted, according to a GoFundMe page set up to help with memorial expenses.

She also worked at Alternatives for Girls and just became a board member. “We can take inspiration from Casey’s life and hard work," posts Amy Good, chief executive of that nonprofit. "She overcame many odds, graduated from high school and enrolled in college, chose to join AFG’s board, and served as a leader and role model to others. ...

"Casey was beloved and respected. Her contributions and presence were greatly valued by her fellow peer educators, board members and by all who had the privilege of working with her.”

As of Monday morning, more than 460 donors give over $24,000 to the fund drive for the victim's mother, Carol Bush. It was started by Jeff Corrion and Stuart Carlin of The D Zone, a high school football and basketball website.