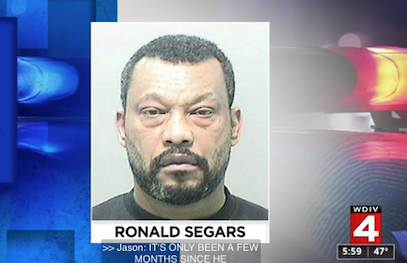 Ronald Segars, 49, was given a compassionate release in June from a federal prison, two years early due to the the pandemic and his medical issues.

He now faces charges of shooting his fiancee four times and her mother twice during an argument at a home in the 16000 block of Normandy Street on Detroit's west side two weeks ago, WDIV reports. He was taken into custody that day, Dec. 14.

Authorities say it began with an argument about 2:50 a.m. between Segars and his 43-year-old fiancée. Her mother was shot when she tried to intervene.  The mother has since been released from the hospital. Her daughter was last reported in serious condition.

He was not supposed to be released until June 2022. He had served more than two years for conspiring to sell heroin and illegal possession of a firearm. He had hypertension and a stroke before going to prison.