"Absurd," "shameful" and "dangerous" are among words that elected Democrats from Michigan use to condemn a last-stand gesture in three days by election deniers at the U.S. Capitol. 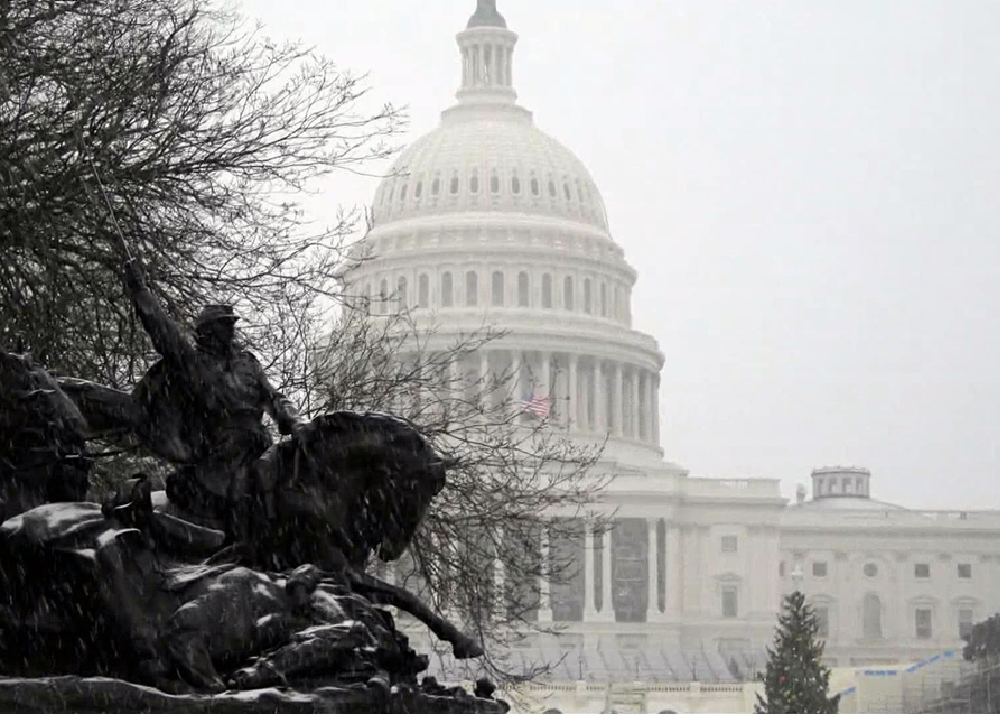 "It is the worst kind of stunt," Sen. Debbie Stabenow says of 12 Republican senators intending to vote Wednesday against Joe Biden's victory. More than 100 Republican representatives also plan to object to the election result -- "an attack on our democracy," Stabenow tweets Sunday and says on MSNBC.

Gary Peters, sworn in Sunday to a second term as Michigan's other U.S. senator, says: "When you undermine trust in a democracy, that's an incredibly dangerous stunt that they are performing and one that should be called out." On New Year's Day, he tweeted: "Repeating dangerous falsehoods and conspiracy theories undermines the integrity of our election results."

Other Michigan Democrats decry the "last, desperate stand," as a Detroit News editorial labels it Sunday. Here's how the secretary of state puts it this weekend:

Friends: please do not mistake a political strategy - aimed at capturing headlines, pandering to extremists and engendering confusion and chaos - with anything that will actually succeed in overturning the unequivocal will of the American people.

Congress members also speak out. "Playing partisan politics with our government's foundation will have a impact that will be lasting," Rep. Debbie Dingell of Dearborn warns Sunday on Facebook, adding:

"We have a responsibility to uphold and support the essential norms of democracy, including the principles that the voters should be able to freely choose who their leaders will be and that it is the people's legitimate votes that determine that outcome.

"My job as an elected official is to be loyal to my country first not my party. To do what is right. ...

"I take an oath to support and defend the Constitution of the United States and that is what I will do Jan. 6 and that is what the job is of every ,ember of Congress. Not to play or pander to a political base; not to incite violence; not to attack the fundamental pillars of our Constitution. Citizens of this country need to expect responsible action from their elected representatives and should demand it of them. This week will test all of us."

In the view of Rep. Brenda Lawrence of Southfield: "It is absolutely shameful how Republicans are working to suppress the votes of millions of Americans. Our country is a democracy -- it will not be undermined for their own personal gain."

Rep. Dan Kildee of Flint tweets: "Congress doesn't pick the president, the people do. These attacks on our democracy must stop now. And Rep. Rashida Tlaib of Detroit notes that Michigan and five other states "all conducted publicly accessible post-election audits that verified the November election. ... It's over."

Another Detroiter, state Rep. Stephanie Chang, tweets Sunday: "Our republic is stronger than these officials who are trying to undermine the will of the American people."

State Atty. Gen. Dana Nessel comments at that platform about diehard election challengers in Congress: "These men and women are the saboteurs of democracy and representative government. Let history remember them as such." 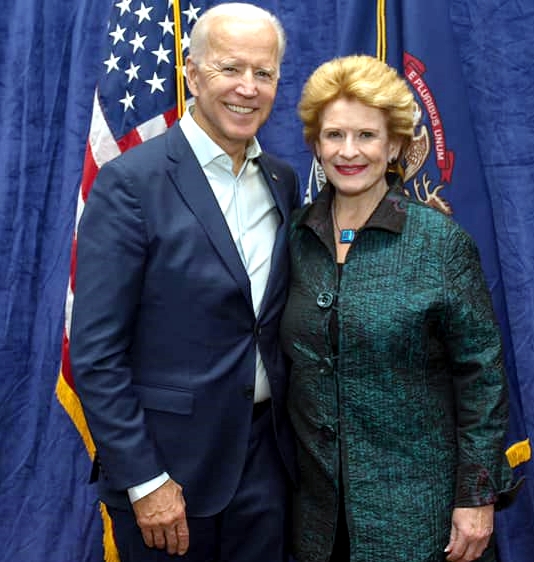 For his part, Sen. Peters regrets that some Republicans divert attention from a significant achievement: "We should be celebrating the fact that we had a safe, secure election in this country in the middle of a pandemic. And we had people exercising their constitutional right. ... Instead we have Donald Trump and other elected officials, who quite frankly should know better, putting out false information, trying to undermine trust."

In comments to Ali Velshi on MSNBC, Stabenow says Sunday:

"Of all the damage that's been done in four years, and there's been a lot of it, this is the worst.

"We're at a point now where we've got 12 U.S. senators, Republicans, saying 'it doesn't matter how people voted, it just doesn't matter' -- or, at minimum, 'we are too weak to stand up to him [the president], which I think is part of what this is all about. It's like the bully is going to bully them one more time.

"And so for instance, in Michigan where Joe Biden and Kamala Harris won by over 154,000 votes this time, where they [opponents] brought eight different lawsuits -- none of which had any standing whatsoever and all of them were thrown out -- it just doesn't matter? Unfortunately, it does matter. ...

"The only good news is Donald Trump lost and is not going to be president. And Jan. 20 is the day I'm counting as happy new year."

You are being too kind @justinamash . It will be an assault on our Constitution- just that simple. https://t.co/mgbZHV90Jr