Michigan Doesn't Have Enough Covid Vaccines for Everyone Who Qualifies 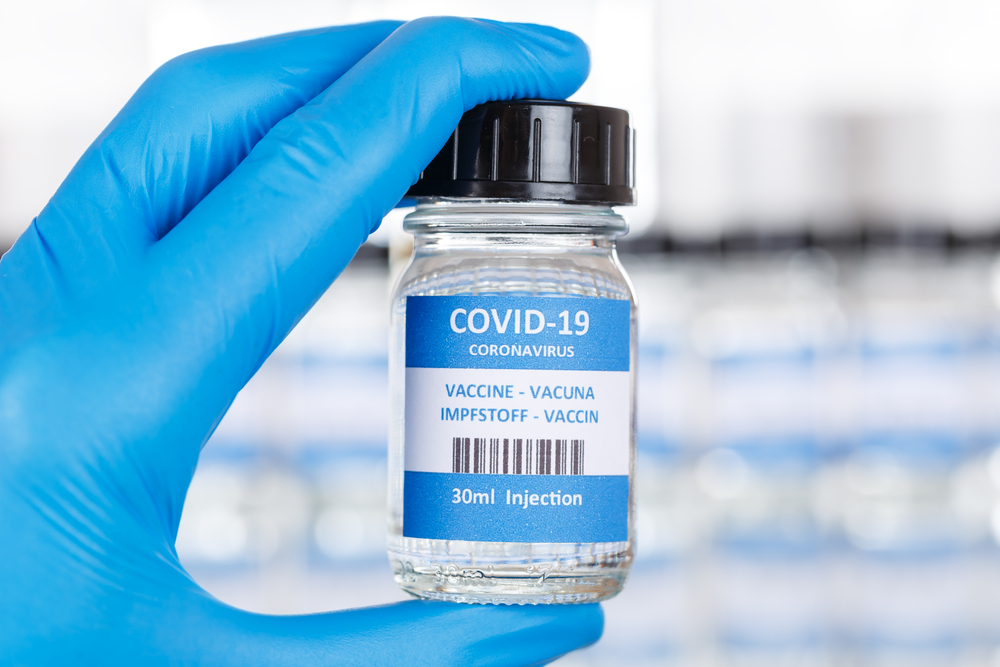 Many eligible people scrambling to get a Covid vaccine appointment can tell you it's a challenge. Phone lines at hospitals and health departments have been deluged with calls from people interested in the shot. Beaumont Health's website crashed Friday.

Michigan lacks enough vials from Pfizer and Moderna to vaccinate everyone who qualifies, Lansing health officials tell The Detroit News:

An estimated 2,576,000 Michiganders are considered eligible for the vaccine, Michigan Department of Health and Human Services spokeswoman Lynn Sutfin said in an email to The News.

About 802,000 of those are paid or unpaid health care workers and long-term care staff who qualified to be vaccinated during Phase 1a of the state's vaccine rollout. Another 702,000 people became eligible last Wednesday when Gov. Gretchen Whitmer opened vaccinations to everyone 65 or older.

"MDHHS is committed to accelerating vaccine delivery as we work to reach our goal of vaccinating 70% of Michiganders over age 16 as quickly as possible with the safe and effective COVID-19 vaccine," Sutfin said.

More than 233,000 vaccinations have been given statewide, as of Sunday, including 76,000 in the three-county Detroit area (one-third of Michigan's total).

The city of Detroit, like other entities, is deluged with calls. Detroit chief operating officer Hakim Berry issued a statement Monday:

Since 9 a.m. this morning our COVID vaccine scheduling call center staffed by Rock Connections has experienced extremely high volumes, receiving more than 100,000 calls. Those who predicted that Detroiters would not be interested in receiving the vaccine were clearly incorrect.

Rock Connections has already increased its call center staff from 42 to 56 representatives booking the appointments.  Call Center hours have now been increased by two hours a day and will operate 9 a.m. to 8 p.m.

Our system is set up so that calls will not be kept on hold if there is more than a half-hour wait to speak to a representative.  If your call is dropped, please call later today or anytime this week.  At any point the wait time is under 30 minutes, your call will go through.

A major cause of call volumes is a large number calls from individuals who are not eligible.  We do not have the capacity to answer questions from people under 75 or non-Detroiters about vaccinations in general.  If you are not eligible to book the vaccine, please do not tie up the call lines. 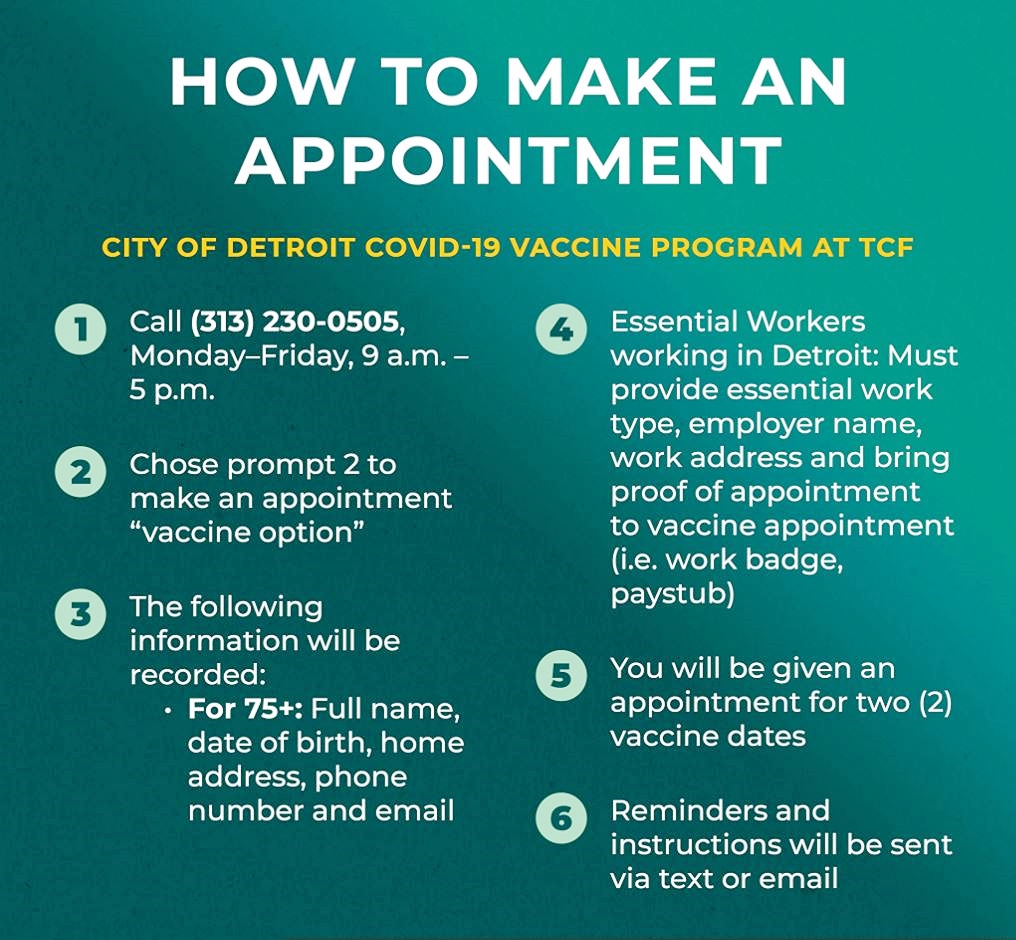 Mayor Mike Duggan said at a Tuesday press conference that many have asked why, if they're 65, can they not get a shot. He said they're eligible to, but the vaccines just aren't there. He blamed the federal government for falling far short of expectations. He said people 65 years or older who drive someone 75 or older for a shot can get one.

For next three or four weeks, most vaccines in Detroit will got to essential workers like cops, teachers and those 75 years or older. There are about 40,000 residents 75 or older.

He said he'll incrementally lower the age for eligible citiizens as more shots become available and the elderly are vaccinated.

He said he just got his second shot and experienced a headache, but said it was well worth it.