Gallery: Bernie Sanders 'visits' 18 familiar sites in Detroit and around the Mitten State

This contagion also is viral and spreads nationwide, though it isn't deadly or serious.

Bernie Sanders' easily adapted inauguration photo pops up in settings from sea to shining sea, including here in the Mitten State, fittingly. 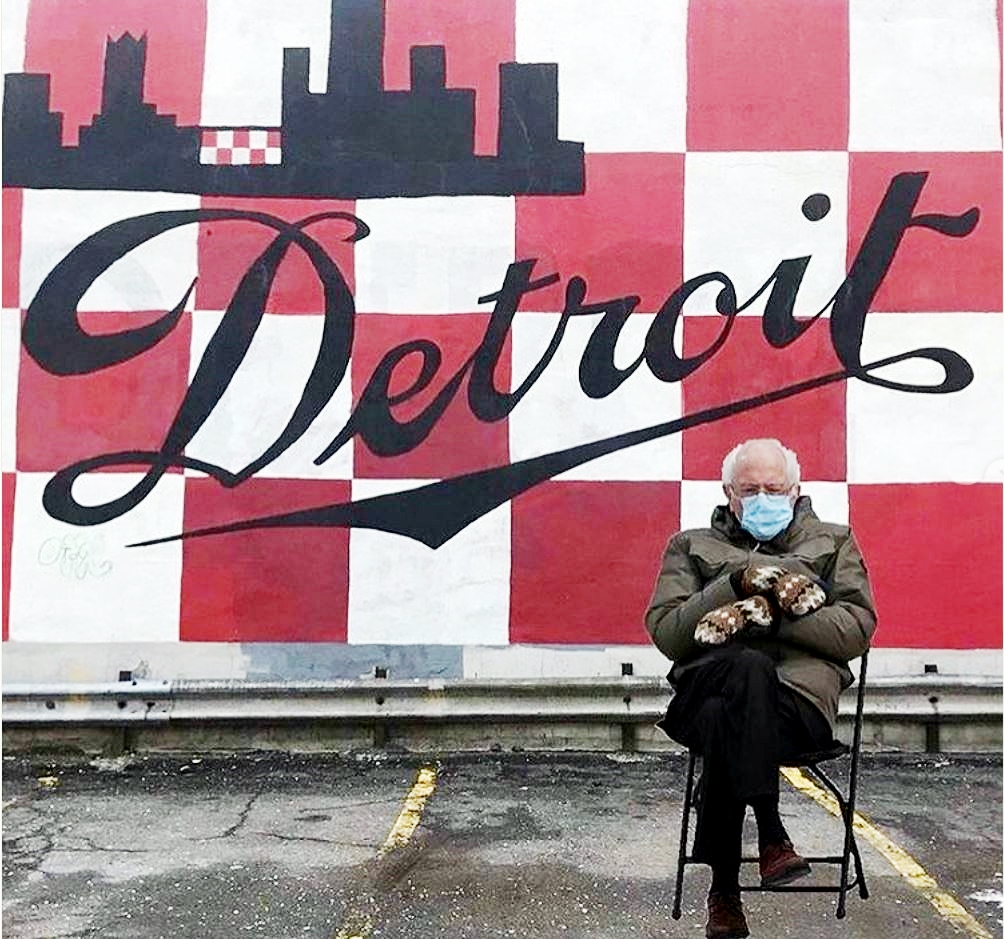 We can't resist playing, partly because national politics suddenly feels lighter and brighter. (All created by us, unless credited.) 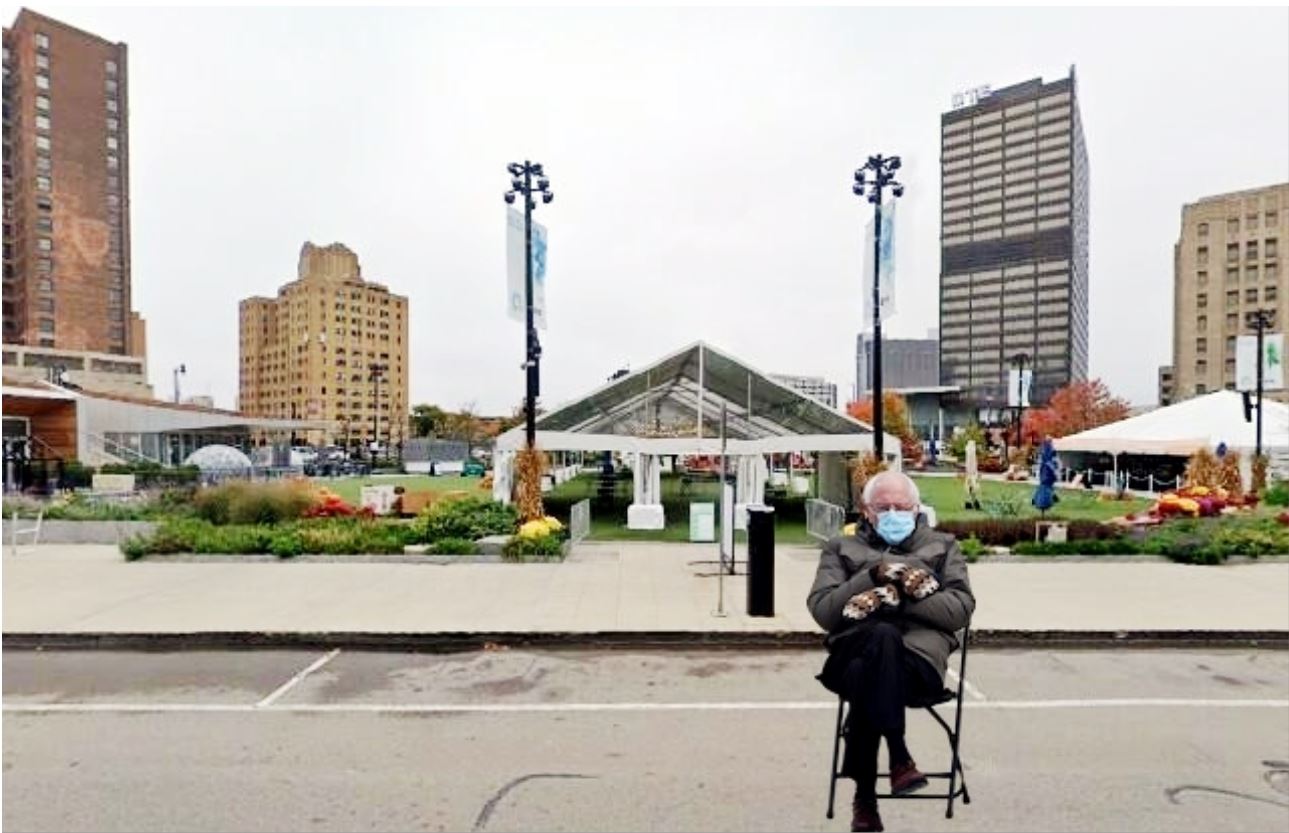 Blocking traffic while awaiting music and action at Beacon Park in downtown Detroit. 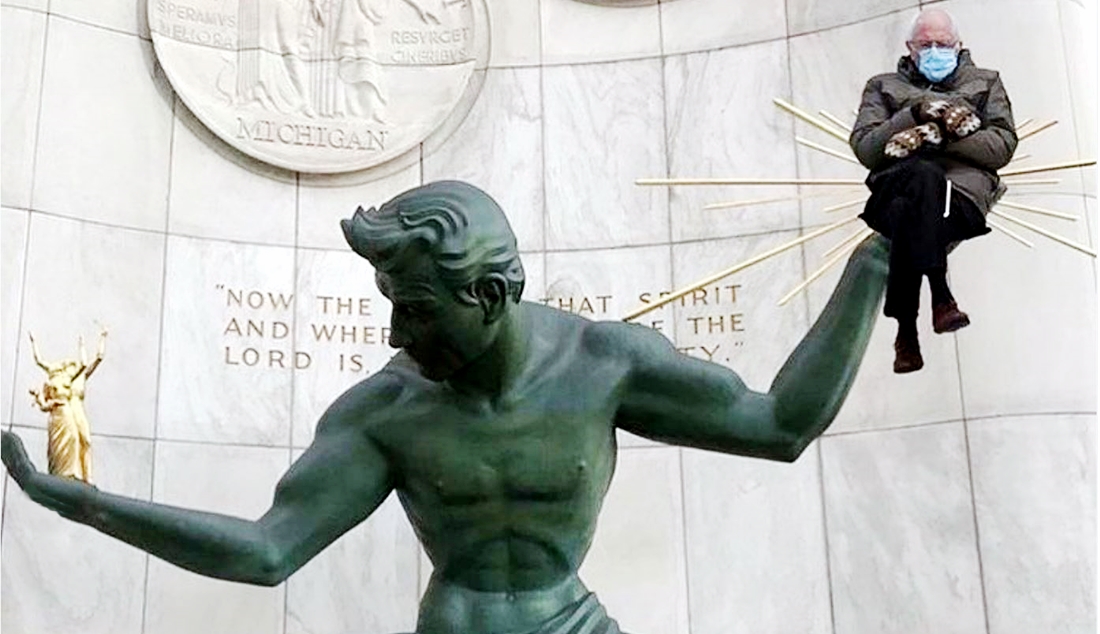 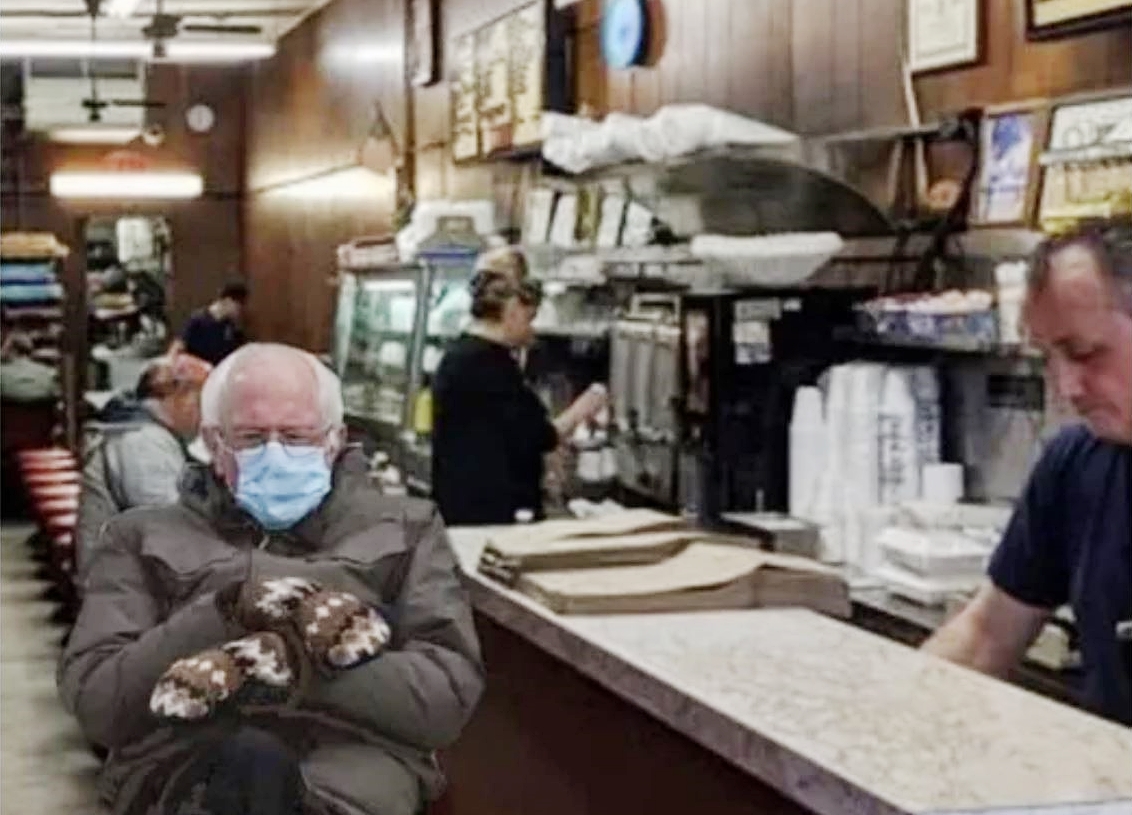 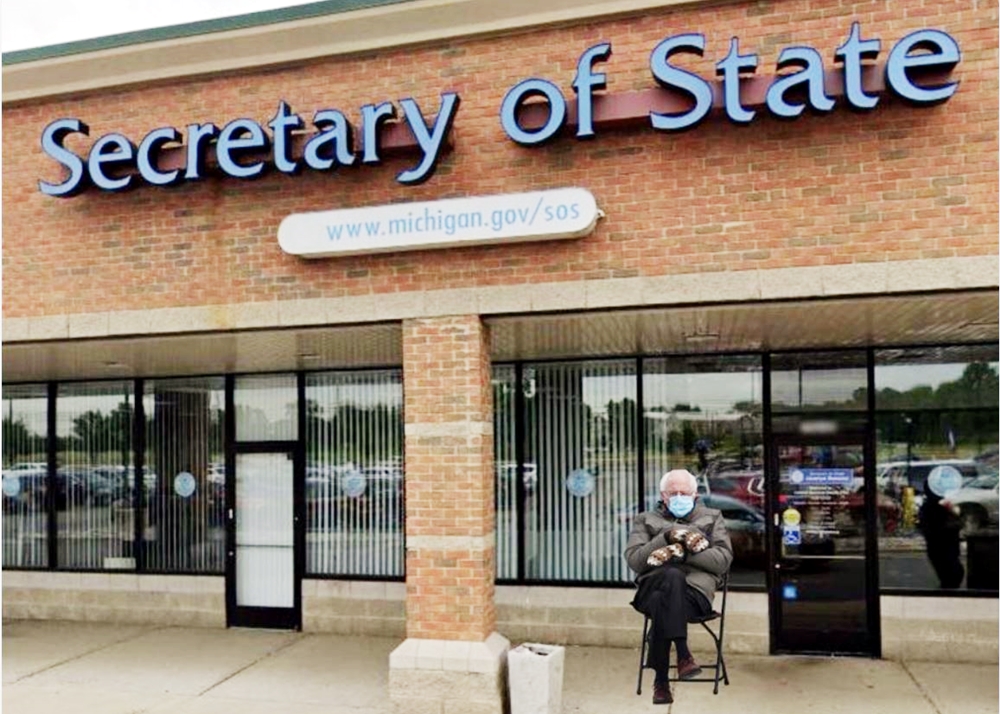 "Have to beat the rush," the Freep tweets with this.

A visitor from New England is ready for showtime at the Fox Theatre. 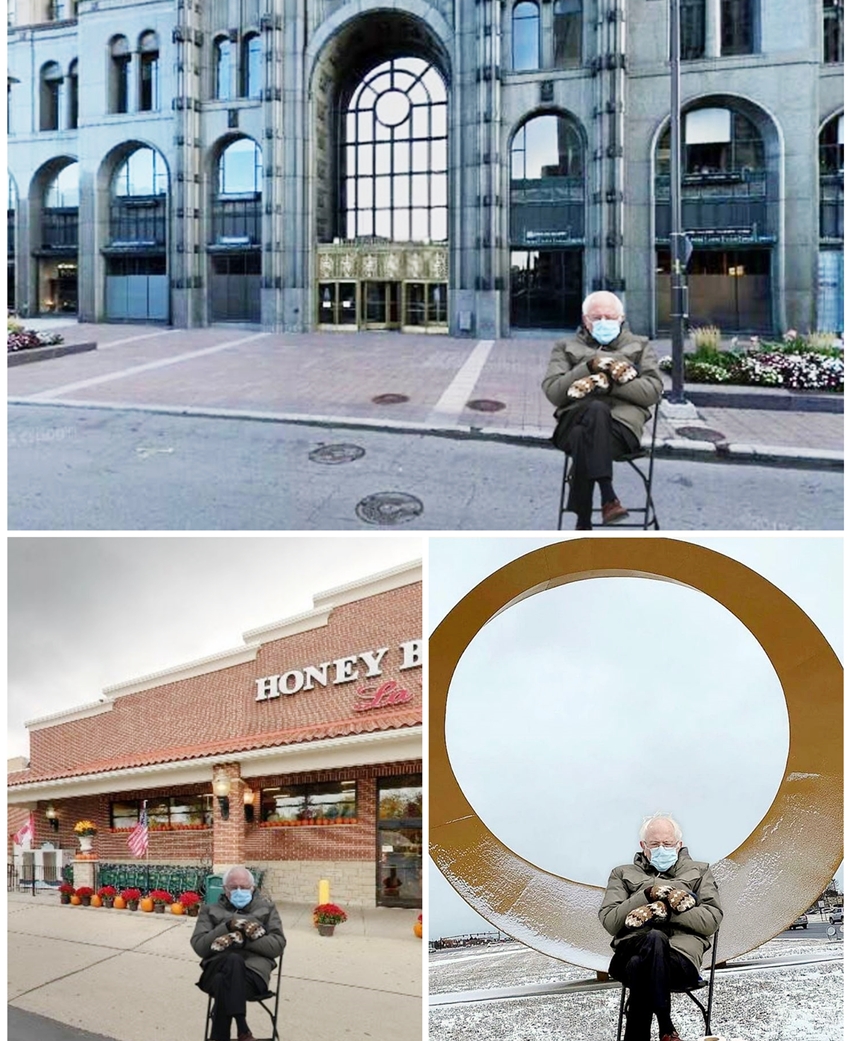 At the Fisher Theatre, "Golden Butthole" on Hall Road in Sterling Heights (by Redditor "Icon47") and Honeybee Market in Southwest Detroit. 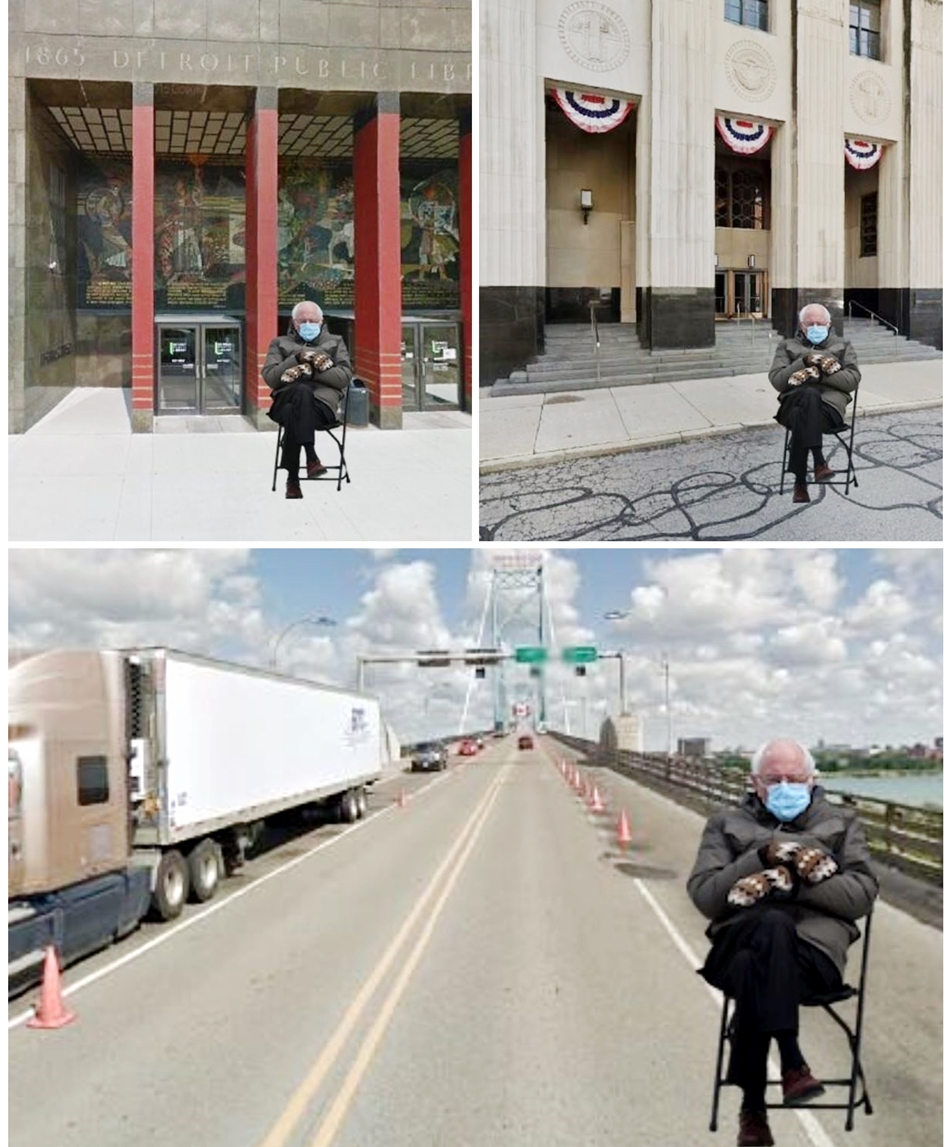 At the Detroit Public Library main branch, Detroit's federal courthouse and on the Ambassador Bridge, awkwardly. 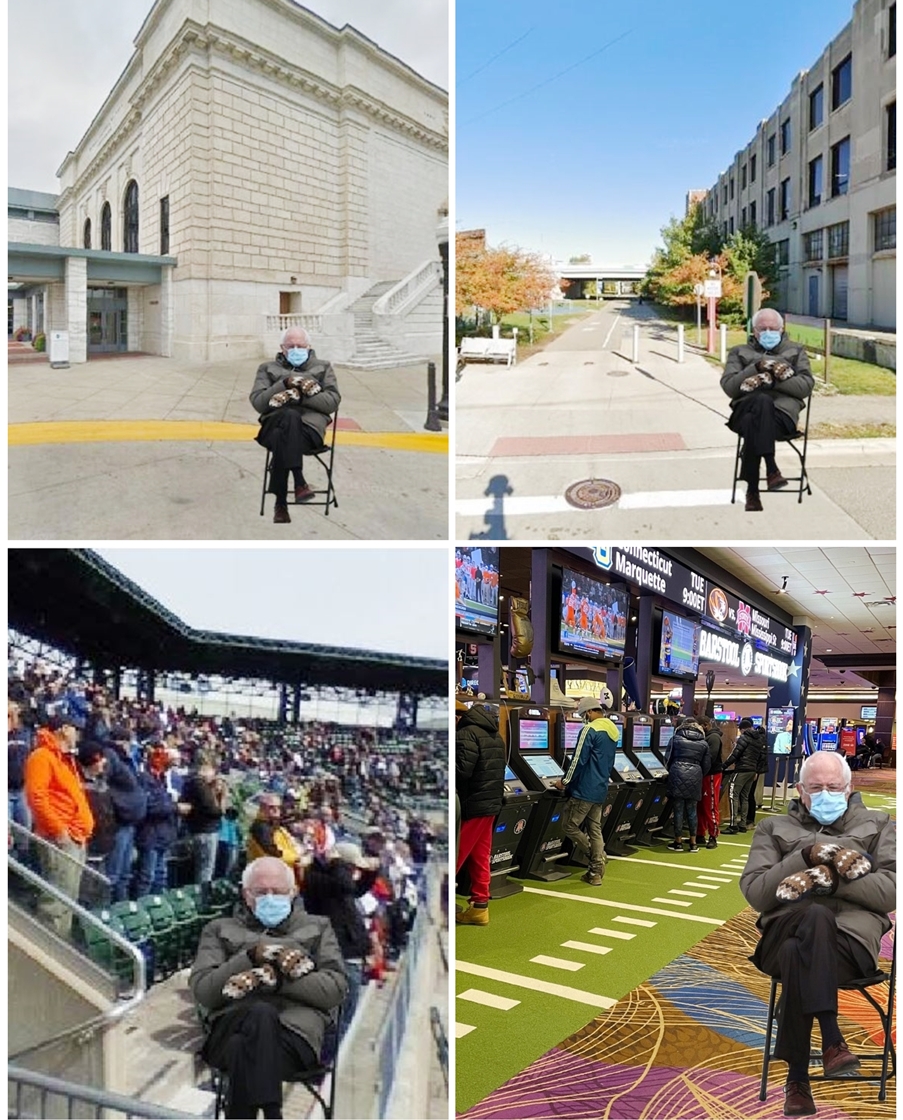 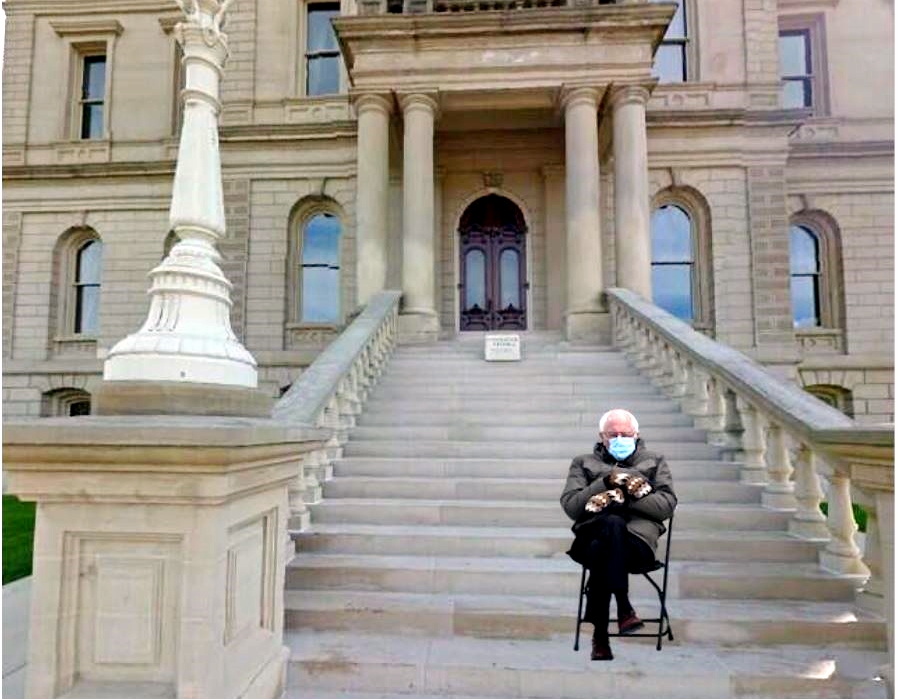 He comes unarmed to the Michigan Capitol for a peaceful vigil.