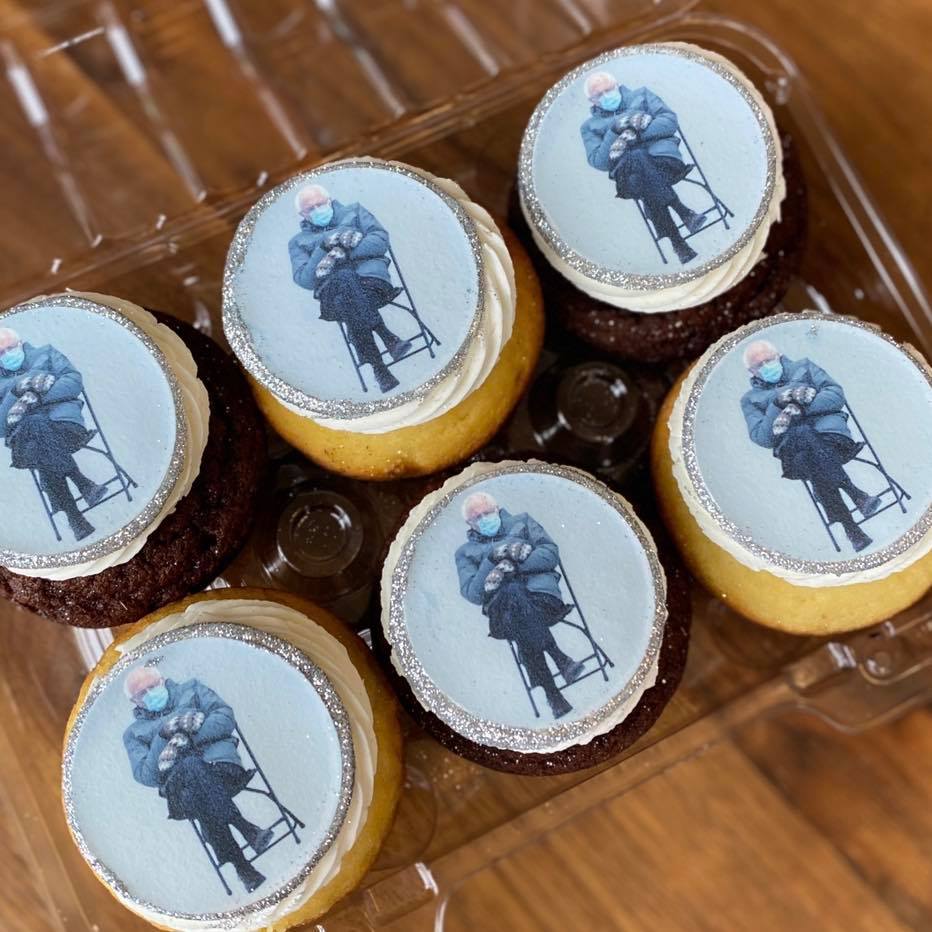 M Street Baking Company on Michigan Avenue in Howell has jumped on the Bernie Sanders meme craze by putting it on cupcakes,

Hours after promoting the novelty on social media Friday, the bakery says it sold 129 packs. A six-pack goes for $18.

"We try to stay as trendy as possible, so obviously there’s been a lot of memes going around,"  Emily Mazaris tells WXYZ. "I think we were surprised, we just like to make things all the time for fun."

Mazaris, who owns the North Michigan Avenue bakery with her sister, tells the station that the pandemic has been tough, but they've been able to maintain their full staff of 55 employees.

Sanders told CNN on Sunday afternoon that he was having fun with the meme.