Detroit Pistons owner Tom Gores says his company got involved in prison telecommunications because he thought it would be a sound investment. But today he tells the Detroit Free Press that maybe nonprofit entities, and not people like him, should run these services. 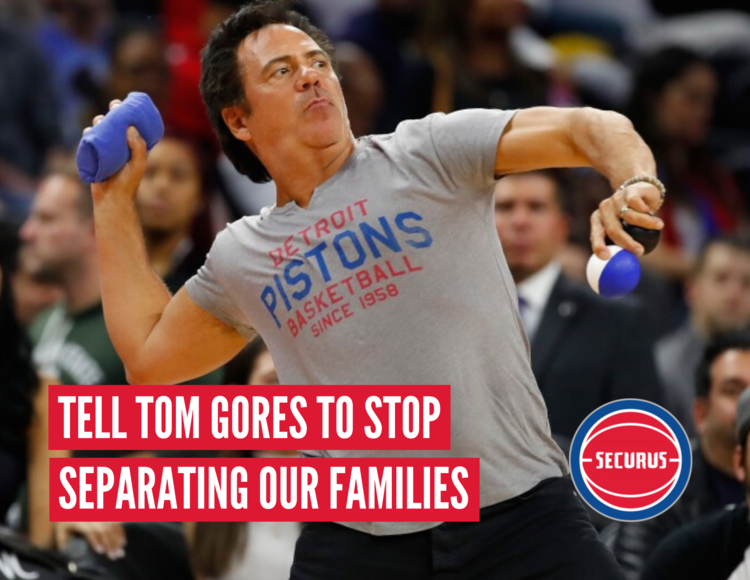 Many basketball fans are likely unaware of the headaches Gores' ownership stake in Securus Technologies have caused the billionaire. It cost him a prestigious seat on a museum board last fall, and made him the focus of a full-page ad in the New York Times in December, embarrassments for a man who owns an NBA team, where most players are Black and corrections issues can hit close to home.

Securus Technologies, part of the $1.2 billion prison telecommunications industry, contracts with correctional institutions to handle phone calls between inmates and their families, often at high prices, with no other alternatives. The Free Press piece opens with an anecdote about a Muskegon woman whose every-other-day calls to her 18-year-old son in the Muskegon County Jail, made through Securus, cost her $100 a month, which she finds difficult to afford. Complaints like this are commonplace, and have drawn the attention of criminal-justice reformers, who call it exploitation.

Gores said in a resignation letter (from the museum board) that he didn’t know Securus would become a “nexus for addressing the political, social, racial and economic issues roiling America today.” He has described himself and Platinum Equity as “change agents," saying they're looking for places to cut call rates and provide resources to formerly incarcerated people.

..."Ultimately, I think this industry really should be led probably not by private folks. I think it probably should be — I'll get killed for saying this — but the nonprofit business, honestly," he said.

Gores has said he has a responsibility to bring change to an industry that needs it. While some activists remain skeptical, Gores’ actions have garnered cautious praise from some prison reform advocates and from the National Basketball Players Association.

Securus is one company in the portfolio of Gores' Platinum Equity, his private-equity firm. Gores stay-in-and-reform approach may serve him, and inmates, better in the long run; Securus controls a large piece of the overall industry.