If you like to be lied to, so be it. But please spare me the hate mail.

Video from the loading docks at the TCF Center in Detroit emerged last week, showing an early-morning delivery of absentee ballots on Nov. 4, a full 7.5 hours after the polls closed. 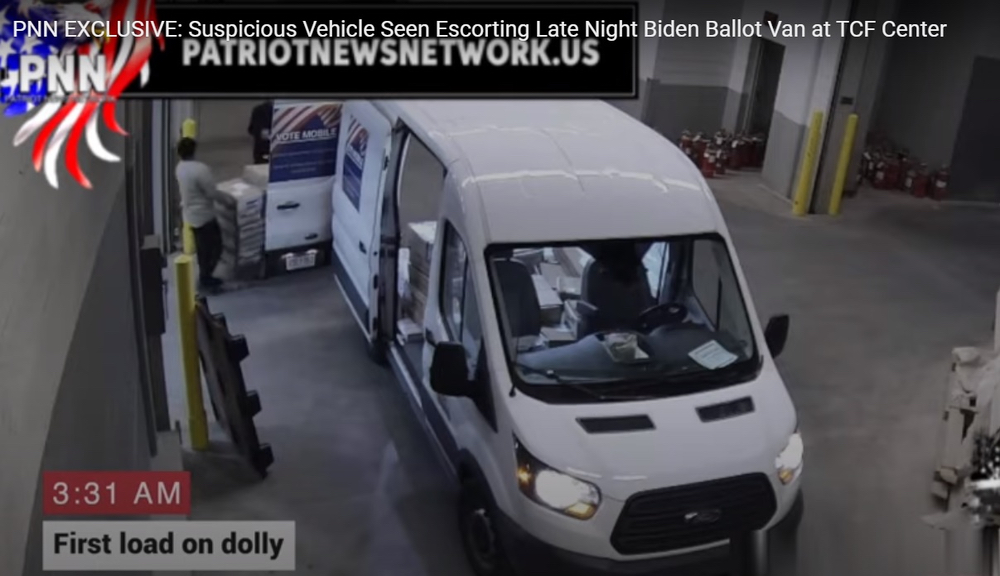 Nope, sorry, as the ex-president liked to say: Fake news.

This is proof – proof you're told! – that the election was stolen from Trump and you snap it up like carp to the bait hook.

It must be true that they were fake ballots, you think, because the security video unearthed by the right wing “news” site Gateway Pundit is set to spooky music. And when you have video set to spooky music, you can be absolutely sure something evil was going on.

Except it's fake news. Fake news tossed to  people drowning in cold waters of reality looking for a straw – any straw – to snatch hold of.

The facts: The scene on the video unfolds exactly the way it was described by me and William Hartmann, the Republican Wayne County canvasser, three days after the election on my podcast at the 28:00 – 35:00 portion.

Hartmann was working that night as an observer. I was working two jobs: one as a precinct captain at a counting-board table at TCF and the second as a reporter, making sure nothing nefarious was happening in a town that hasn't conducted a perfect election in nearly two decades.

Haters are gonna hate. But I'm all you got. No other reporter felt it worthwhile hanging around past 2 a.m., despite it being the “most important election of our lifetimes,” and Detroit being “ground zero.”

As Hartmann said, about 60 boxes of ballots came in around 3:30 a.m. in a marked elections bureau van. And the video confirms this.

My table received once of these boxes. I was charged with removing the secrecy sleeve. No one else could see how many ballots were inside. Not Gateway “reporters.” Not the observers who signed affidavits and stormed the doors that afternoon. When I removed the sleeve, I saw that our box contained 11 ballots.

I have no idea if they were for Biden or Trump. And I'm the guy who was handling them. So how would anybody else know?

And why wouldn't these late-arriving ballots come to TCF, anyway? That's where legitimately cast ballots were supposed to go to be counted.

The law requires the polls to close at 8 p.m., not the counting of the ballots as Gateway Pundit's “story” claims. Remember, Secretary of State Jocelyn Benson warned us before the election us that results could take up to a week. It took two days.

After my table processed those whopping 11 ballots, I walked over and stood by the bay doors where the boxes came in. I was hoping to sneak a cigarette. It was 4 a.m, and I lingered there for the better part of 20 minutes. The door never opened and I never got that cigarette.

According to the spooky video, two more boxes arrived at 4:31 a.m. Got me there. Still, that's no more than 700 votes total, and probably far fewer.

Facebook has flagged and banned Gateway's Zapruder-esque “fraud” film and Twitter, earlier this week, booted Gateway Pundit founder and editor-and-chief Jim Hoft for posting “misleading information on (election) outcomes.” It's on YouTube, though. 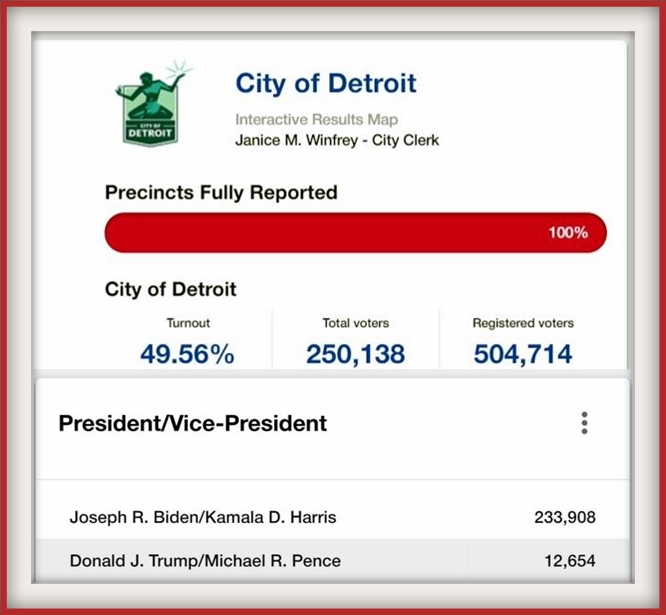 But booting conspiracy nuts off the internet isn't going to do much to tamp down the belief, by smart people and dumb people alike, that something was wrong with the election. You can put Donald Trump on trial and kick Lou Dobbs off the air, but the stench of illegitimacy still lingers in too many nostrils. And that's not good for the union.

Negligible fraud, if any

What can be done to renew faith in the era of mail-in elections. Why not have an audit, a real audit? Secretary of State Benson and I both know she could put an end to this with a press of the button.

All ballots have an electronic time stamp along with corresponding names and addresses. In minutes we could know how many ballots were processed after 3:30 in the morning, how many people voted who don't actually live in Michigan and how many people aren't living at all.

“I don't know why they don't do the audit,” says Hartmann, the Republican canvasser. “It makes it like like there's something to hide.”

I'm convinced that fraud -- if any – was negligible and perpetrated by individuals, not the government or political parties.

Instead of conducting a true audit and putting the matter to rest, however, instead of admitting that Michigan voters rolls are bloated with 500,000 dead people and former citizens, Secretary Benson prefers to take to facile Zoom interviews and offer canned hams like this one: “If it's not broke, fix it anyway.”

Yes fix it.  Whether we voted for her or not, or not at all, or three or four times, fix it. That's what she was elected to do.