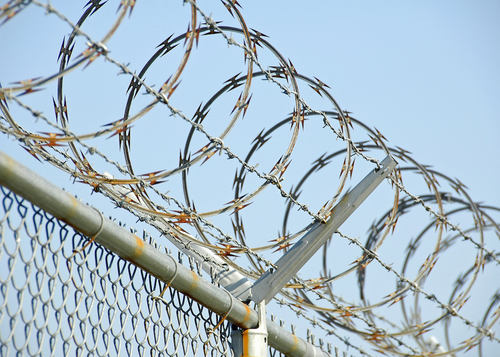 Michigan health officials have discovered 90 cases of the new Covid variant at an Ionia prison where a first case was announced a week ago.

The highly contagious B.1.1.7 varriant was brought into the prison by a staff member, a Tuesday media release from the state's Emergency Operations Center said.

The 90 cases were found in 95 samples tested. At least 100 additional lab tests are still pending.

More than 330 prisoners at the Bellamy Creek Correctional Facility currently  have an active Covid infection, according to the Michigan Department of Corrections. A little over 700 have been sickened since the start of the pandemic.

According to the Michigan Department of Corrections, at least 99 inmates at the facility east of Grand Rapids were sickened as of Wednesday. The mutation has been detected in at least one.

First reported in the UK, B.1.1.7 has spread across the state, with 61 cases in 11 jurisdictions as of Wednesday, state officials said. It is 50 percent more contagious than traditional Covid strains.

In response to the Bellamy Creek outbreak, testing will be ramped up from daily to weekly, a media release from the state's Emergency Operations Center said.

This new testing regimen will consist of a daily rapid antigen test. If a test result comes back positive, then a PCR test will be taken and sent to the state lab for testing for the variant. This will also apply to certain prisoners and staff at Duane Waters Health Center and Macomb Correctional Facility.

Prior to the detection of the variant (at Bellamy Creek), several prisoners who tested positive for COVID-19 were transferred to Duane Waters Health Center and Macomb Correctional Facility. The department has designated COVID positive facilities to address COVID positive prisoners with health risk factors that may place them at higher risk for hospitalization or negative outcomes.

A new emergency order would require the same testing protocol at any facility where "an outbreak of special concern" has been declared for at least 14 days.

Tiffany Alexander, whose husband John Alexander is held at Bellamy Creek, said her husband's unit was on quarantine as of Saturday, with prisoners unable to move freely. One side of the facility was reserved for positive cases, she said, but guards were going between sides.

MDOC spokesman Chris Gautz disputed this in an email Thursday, saying "staff are assigned to specific housing units and during this time they will continue working in just those same housing units."

Bellamy Creek currently has the third-largest outbreak of the state's 29 prisons. Covid is believed to have already cycled through the state's prison population — with the official count of known positive cases at nearly 25,000, or about 60 percent of the inmate population — but there are growing concerns about potential reinfections.