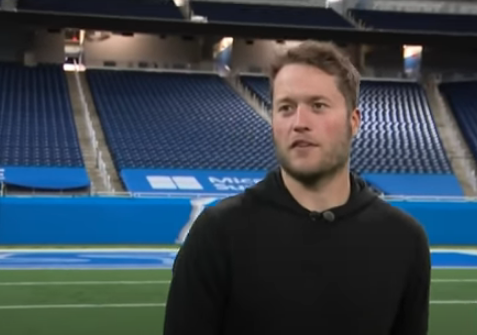 Since Matthew Stafford was drafted in 2009, he's spent his whole career with the Detroit Lions. Now, that's changing with his trade to the Los Angeles Rams.

But talking with the Lions about departing wasn't easy, he tells WDIV's Hank Winchester.

"Oh, probably the hardest conversation I’ve ever had in my life, you know, you know it was, it was a really tough, really tough deal," says Stafford during an interview at Ford Field with his family. "I’ve got to give the Lions a bunch of credit for the way they handled it. I have all the respect in the world for the Ford family."

“It was mutual, you know, it was something that I think we both talked about, and I think they wanted to see where my head was and I obviously expressed that to them and you know they understood."

He says the fans have been great.

“Everywhere we go in the community, you know, it’s people giving us well-wishes and that means the world to us,” he said.