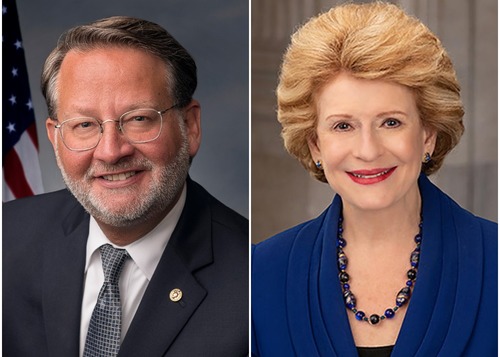 Though ex-President Donald Trump was acquitted by the Senate Saturday in his second impeachment trial, Michigan Democrat Senators Gary Peters and Debbie Stabenow applauded the bipartisan effort to hold him accountable for the Jan. 6 riot at the U.S. Capitol.

“While the U.S. Senate did not achieve the two-thirds vote necessary to convict former President Donald Trump, this will go down in history as the largest bipartisan vote ever to hold a President accountable for High Crimes and Misdemeanors under our Constitution," Stabenow said in a statement. "This bipartisan vote sent an important message: In America, no President is above the law. And inciting violence against the government is illegal and dangerous.”

"The facts show that Trump intentionally promoted false conspiracies — including here in Michigan — that provoked an assault on the peaceful transfer of power," Peters said in a statement. "The bipartisan vote to hold Trump accountable in both the House and the Senate reflects the gravity of his misconduct.”

Trump was acquitted in a 57-43 vote that included 7 Republicans. A two-thirds majority, or 67 votes, was needed to convict.