Emergency responders have not yet located a person seen jumping on Detroit River ice, then falling through into the water, off the south coast of Belle Isle Wednesday evening. 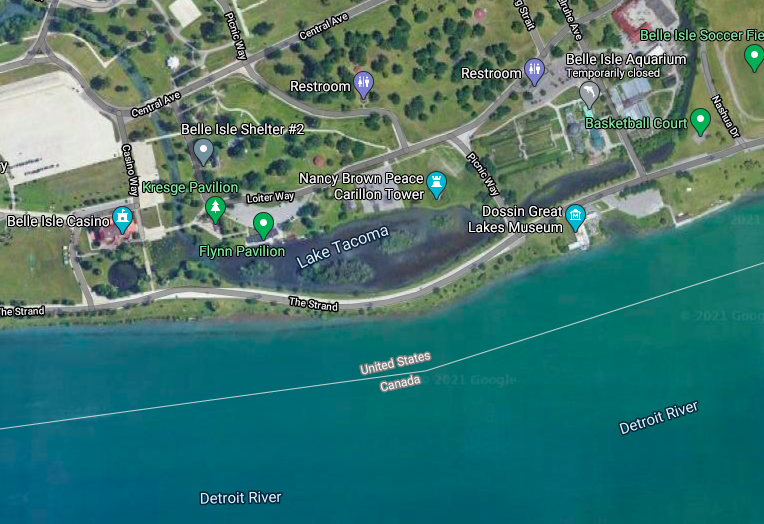 The river near where a person fell through the ice. (Photo: Google)

"We launched our ice rescue team from Station Belle Isle and they were unable to get on scene to the actual location of where the individual fell through because the ice was so thin," he said. "So, they were searching in the area and we also launched our rescue helicopter from Air Station Detroit."

The individual had not been found as of 8:20 p.m. and the helicopter search had been called off, but the ice rescue team was still working, Schiessel said.

Few other details are known, including whether the person was male or female. A couple nearby who saw it happen called police around 5 p.m., but couldn't give much more information.

The south side of Belle Isle is where the shipping channel runs, and the water there is deeper and faster-moving than on the shallower north side