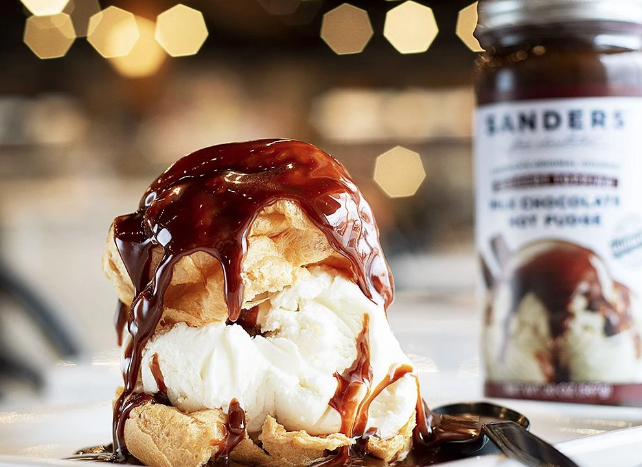 Sanders Chocolates, founded in 1875 by Fred Sanders, once operated a wide network of stores with food counters in Metro Detroit. It was known for candy, fudge topings, baked goods (notably the beloved bumpy cake) and light lunches.

Now, the company is down to two stores in the suburbs, and the owner -- Second Nature Brands, parent company of Kar's Nuts -- is focusing more on online sales rather than brick-and-mortar operations, Kurt Nagl of Crain's Detroit Business reports:

Sanders closed four of its stores in metro Detroit in June, resulting in the layoffs of 15 full-time and 20 part-time employees. The closures, which are permanent, leave just two brick-and-mortar locations, in Rochester and Clinton Township, as the company shifts focus to online sales.

"I believe it is right-sized," Mehren said. "There's just been such a migration from physical brick-and-mortar locations to online. I don't see retail as a big part of our strategic future."

CEO Victor Mehren said the company has intensified its focus on online, direct-to-consumer sales, which doubled in the past year. He declined to give specifics but said the company is "under a $200 million revenue business but won't be for very long." Its revenue was $185 million in 2018, Crain's reported.