Detroit-Florence Connection: Tommey Walker hooks up with Gucci for $390 T-shirts

Q. What's the difference between a Detroit T-shirt and one from Gucci?
A. $355

That's a new reality, not just a riddle.

Detroit entrepreneur Tommey Walker, who charges $35 for "Detroit -vs- Everybody" shirts on Russell Street in Eastern Market, collaborates on a new line of the black Ts with the luxury fashion house based in Florence, Italy. The Freep has deets:

The new collection, which launches Monday, will see 11 U.S. cities join Detroit on the other side of the "Vs." Those cities include Atlanta, Chicago, Houston, Los Angeles, Miami, New Orleans, New York, Philadelphia, San Francisco and Washington, D.C. ...

Each shirt features a city with the Vs. Everybody slogan underneath, and vertically on the back of the shirt is Gucci's logo. The shirt runs $390 and can be purchased on Gucci's website or in [its] stores. In addition, Gucci will release a Gucci Vs. Everybody T-shirt, which is only available at the company's store at  the Somerset Collection in Troy.

A portion of the proceeds from the sale of the T-shirts will go to several nonprofits across the country.

Walker, a Cass Tech High School graduate, started his enterprise in 2012. "The brand took off through his entertainment connections," writes Chanel Stitt of the Free Press, "and soon, it spread throughout Detroit." 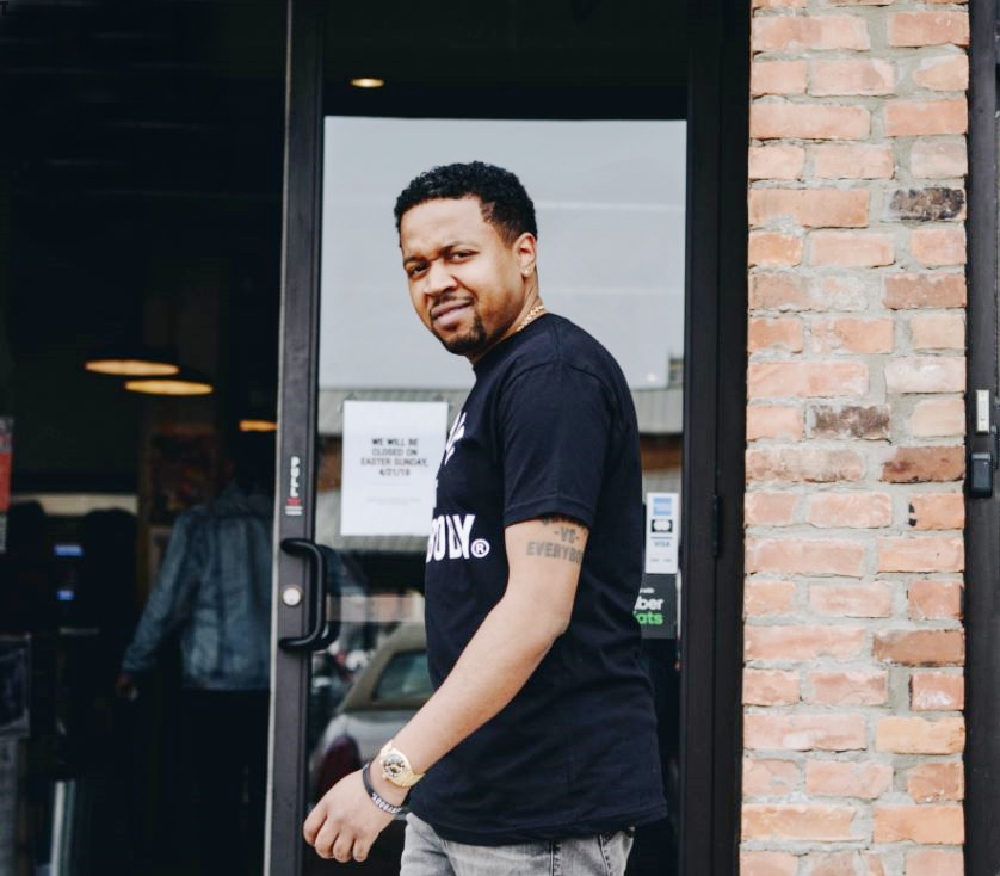 His new hookup with a high-end partner earns a short piece in Women's Wear Daily, which posts:

Detroit Vs. Everybody is still relatively small, but it is a very of-the-moment brand, displaying a pride of place and taking on social justice issues.

And the Gucci collaboration could get its message out to a broader audience.

Jerrod Berry of Dearborn Heights is among those who'll pass. "This is super dope for Tommey but I'm gonna act my wage on this one," he tweets Monday morning.