Are you sitting down? Here's a shocker, paywalled by The Detroit News but we'll give you a peek at this astonishing, jaw-dropping story: 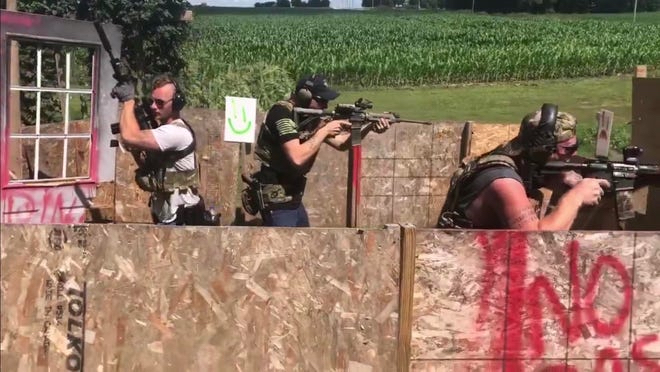 Five of the six federally charged suspects in the kidnapping plot against Gov. Gretchen Whitmer have no voting record going back almost a decade.

You read that right: These disaffected, poorly educated white men with a fondness for high-powered weaponry, weird facial hair and violent fantasies of felonious criminality have not bothered to stop playing "Call of Duty" long enough to educate themselves on the individuals vying to be their representatives in local, state and federal government, and then go to the polls to choose the one they believe best aligns with their views.

Then there's this hilarious line:

All of the suspects were arrested in early October — nearly a month before the presidential election — but none of them cast an absentee ballot in the Nov. 3 election.

Maybe we're being too harsh, but this might be the biggest dog-bites-man story of the day. Still good for a morning chuckle.