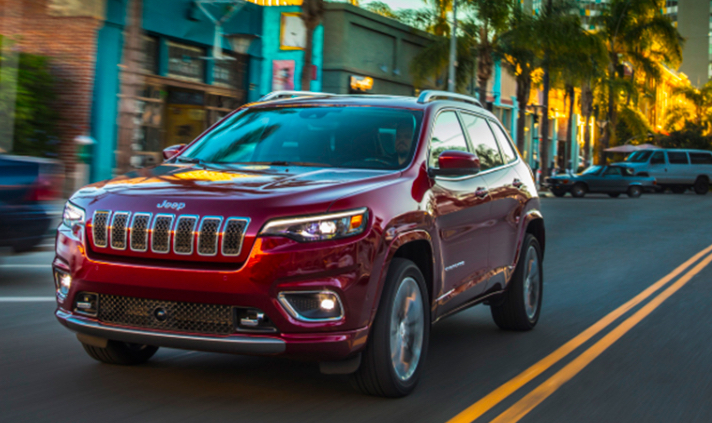 The ubiquitous SUV with a troubling name (File photo)

According to Fox Business, aka Fox News' scarier uncle, the CEO of newly formed Jeep parent company Stellantis NV, is "open to dropping the Cherokee name" from the company's SUV line, after objections from the Cherokee Nation:

Carlos Tavares, chief executive officer of the recently formed Stellantis NV, said the company was engaged in dialogue with the Cherokee Nation over its use of the name. Jeep has two models, the Cherokee compact sport-utility vehicle and larger Grand Cherokee, that it sells in the U.S. and beyond.

Asked in an interview if he would be willing to change the Jeep Cherokee's name if pushed to do so, Mr. Tavares said, "We are ready to go to any point, up to the point where we decide with the appropriate people and with no intermediaries."

The Cherokee and Grand Cherokee lines have been among Jeep's most popular models since their introduction in the 1970s. Last month, Chuck Hoskin Jr., principal chief of the Cherokee Nation, told Car & Driver magazine, "I’m sure this comes from a place that is well-intended, but it does not honor us by having our name plastered on the side of a car."

And yeah, we know: You'll give up your Jeep Cherokee when they pry your cold dead fingers from the steering wheel, or when it rusts out or throws a rod or whatever kills American-made SUVs these days. Whichever comes first.