The future star in a set designer's version of her childhood home in Detroit. (Photos: Richard DuCree/National Geographic)

This originally was published Thursday.

"Genius: Aretha," a dramatized homage starting Sunday on the National Geographic channel, is recommended by pop culture writers at Detroit's dailies. "Basic bio fare [is] perked up by stellar musical performances throughout and occasional insights into the mind of its royal subject, Detroit's own Queen of Soul," posts Adam Graham of The News.

At the Freep, music critic Brian McCollum praises "a nuanced performance by [Cynthia] Erivo and a vigorous one by Courtney B. Vance, playing the Rev. C.L. Franklin in a provocative portrayal of Aretha’s father." 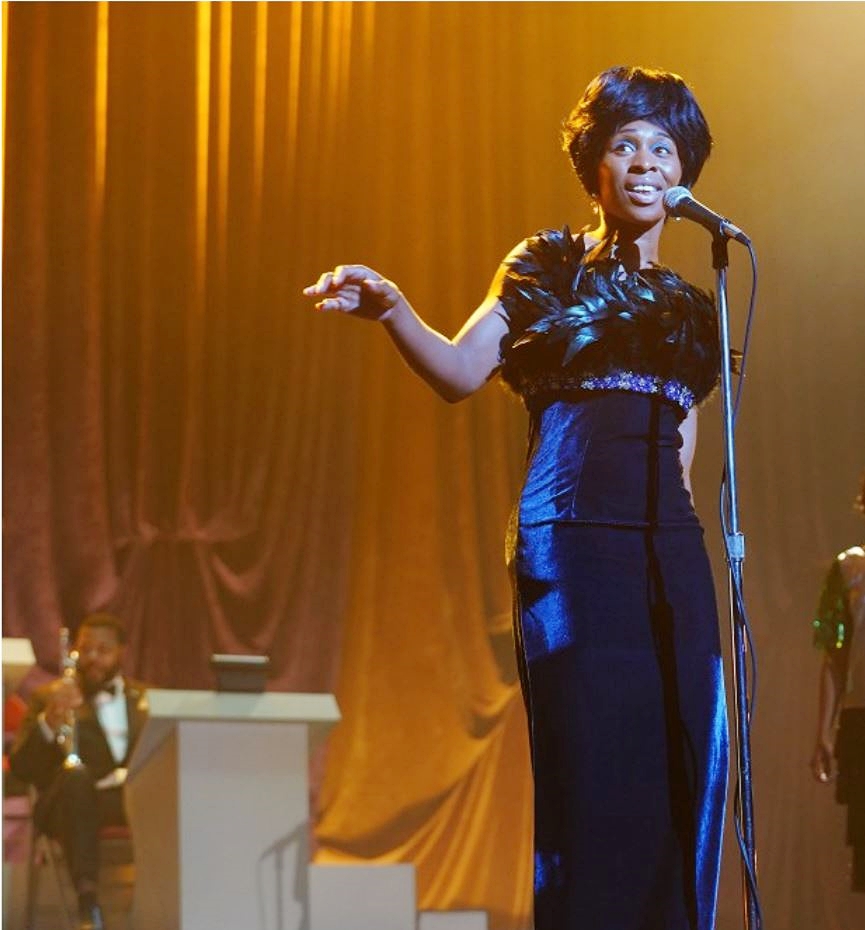 Cynthia Erivo as the Queen of Soul

Four other writers also like what they've seen of the docu-drama, which runs from 9-11 p.m. Sunday through Wednesday and will be available for next-day Hulu streaming.

The first episode got two preview screenings this month at the Monroe Street Drive-In downtown.

Here are excerpts from six publications, followed by a trailer video:

► 'Vocal fireworks:' "[It] depicts Franklin's political awakening and her quest for creative control over her career, most notably in her fight ... to receive a producer's credit on her albums. These moments are surrounded by lively musical performances — both in the studio and on stage — and Erivo, an accomplished singer in her own right, brings vocal fireworks to these scenes.
"'Genius' isn't a dud. ... But while it sings, it's not quite worthy of Aretha's crown." -- The Detroit News (Grade: B-minus)

► Impact beyond music: "Franklin is fascinatingly multifaceted in the eight-part 'Genius: Aretha.' ... While spending its time in the nooks and crannies of Franklin's life, 'Genius' heightens her broader cultural significance." -- Detroit Free Press 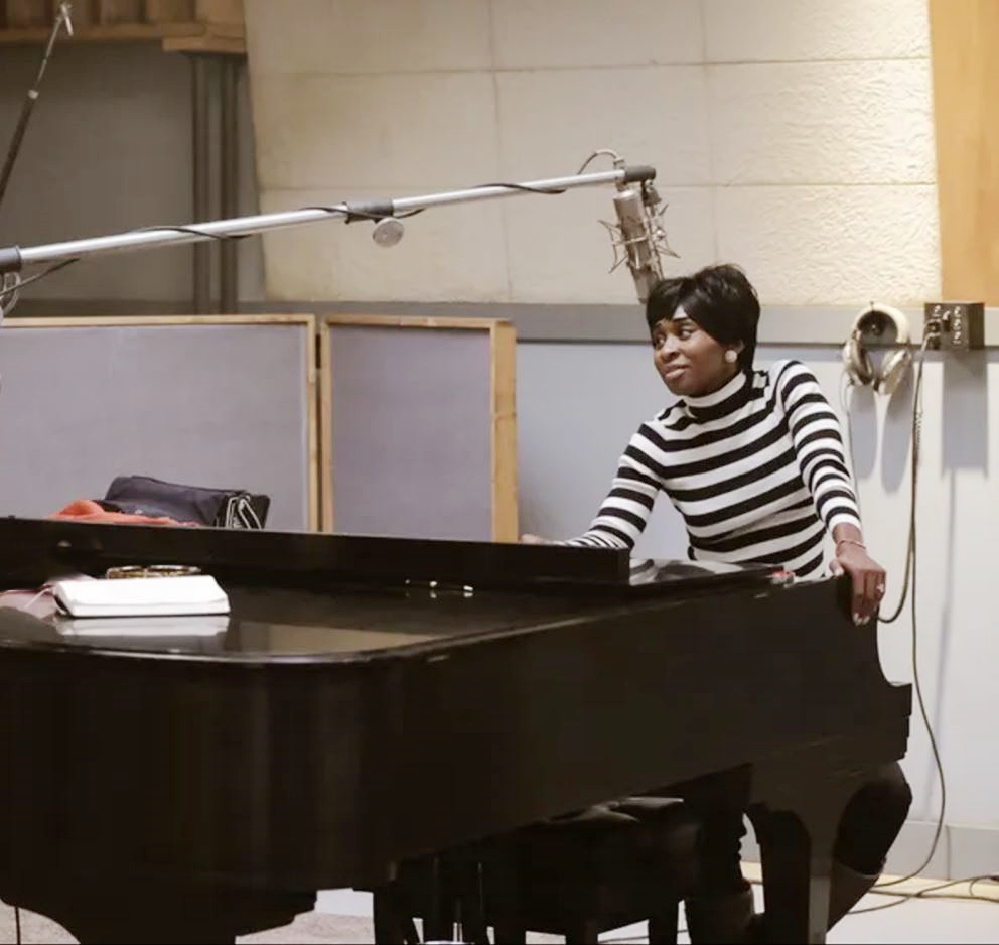 This scene is set at Atlantic Records' studio in New York.

► 'Revealing portrait:' "It’s no surprise that Erivo, a Grammy and Tony winner for 'The Color Purple,' can re-create Franklin’s gale-force vocals. But her performance is more than imitation. It's an idea of the character, her passion and dignity, her release and control, the way that music transports her. ... This adds up to a revealing portrait of Franklin's art." -- James Poniewozik, The New York Times

► Convincing portrayal: "Erivo instantly establishes herself as Franklin, convincingly capturing the singer's strengths, vulnerabilities, charisma and visionary spirit. And instead of lip-syncing to Franklin’s recordings, Erivo performs several of Franklin’s hits herself, eerily re-creating the Queen of Soul’s distinctive sound and style. ...
"Erivo, as Franklin, appears to be having the time of her life [in episode five] as she falls into the groove of the funky anthem "Rock Steady," accompanied by a band and background singers." -- Greg Braxton, Los Angeles Times 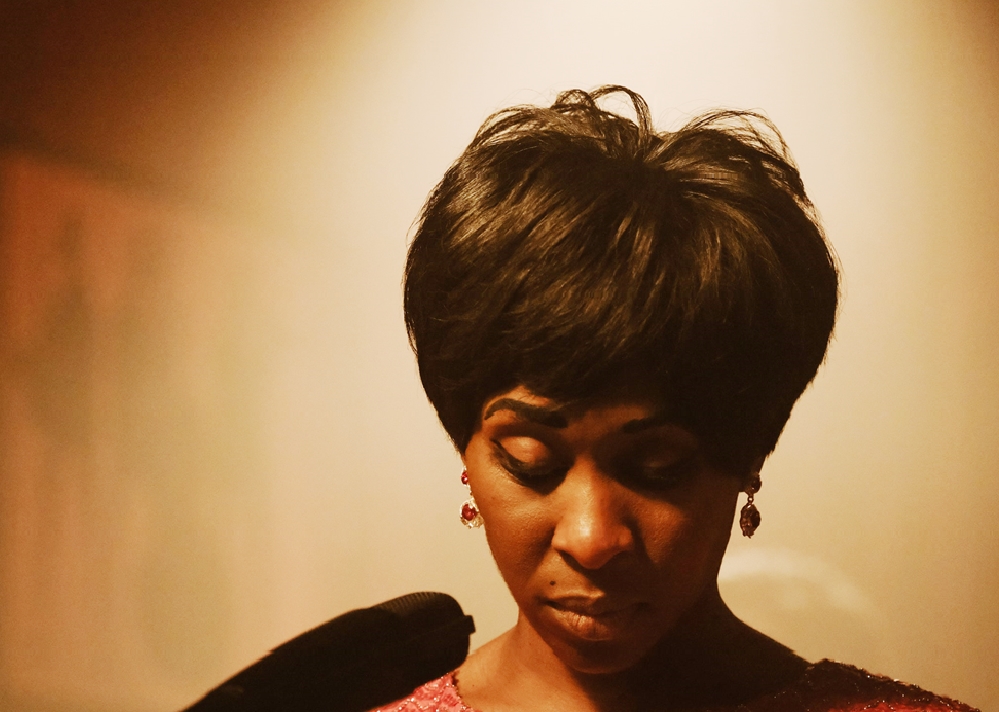 ► 'I was inspired:' "As she started singing [in the first hour] and the sidemen started following her lead, I was a goner, absolutely hooked on this series. I have never seen and heard a TV production capture an artist’s sound or use music more movingly than 'Genius: Aretha.' The music alone would make this production worthy of eight hours of anyone's time. But there is so much more to recommend it. ...
"I was inspired by this series. I clapped, I yelled 'yes' at the screen and even cried a couple of times during the musical numbers. ... The power of Franklin’s music is so strong that it can still touch my heart even when it is not in its original form with her singing it." -- David Zurawik, Baltimore Sun

► Detroit childhood home: "'Genius: Aretha' transports the audience through some of the most pivotal locations of the late singer's life and career. The design team was able to re-create her childhood home in Detroit—where she lived with her father, the Rev. C.L. Franklin." -- Tionah Lee, Architectural Digest