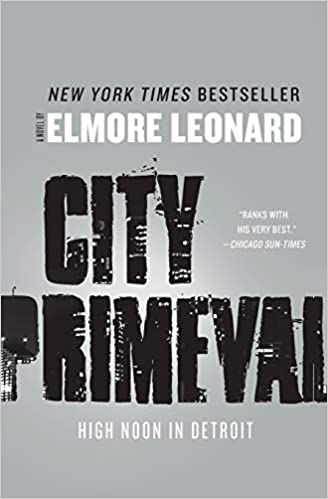 Hollywood has a craving for a slice of Detroit and the late author Elmore Leonard.

The team behind “Justified” is reuniting to develop an FX series based on the Elmore Leonard novel “City Primeval: High Noon in Detroit,” with Timothy Olyphant potentially returning as Raylan Givens, Variety has learned exclusively.

Peter Leonard, who followed his father's path to become a crime novelist, is executive producer.

Amazon posts this about the 1980 novel:

The City Primeval in Elmore Leonard’s relentlessly gripping classic noir is Detroit, the author’s much-maligned hometown and the setting for many of the Grand Master’s acclaimed crime novels.

The “Alexander the Great of crime fiction” (Pittsburgh Post-Gazette) shines in these urban mean streets, setting up a downtown showdown between the psychopathic, thrill-killing “Oklahoma Wildman” and the dedicated city cop who’s determined to take him down.

The prolific Leonard died in August 2013 at his Bloomfield Township home at age 87 from complicaitons from a stroke. Some of his many books were turned into movies and TV shows.