This asbestos company is suspended from Detroit’s demo program. Why is it getting big jobs in the city? 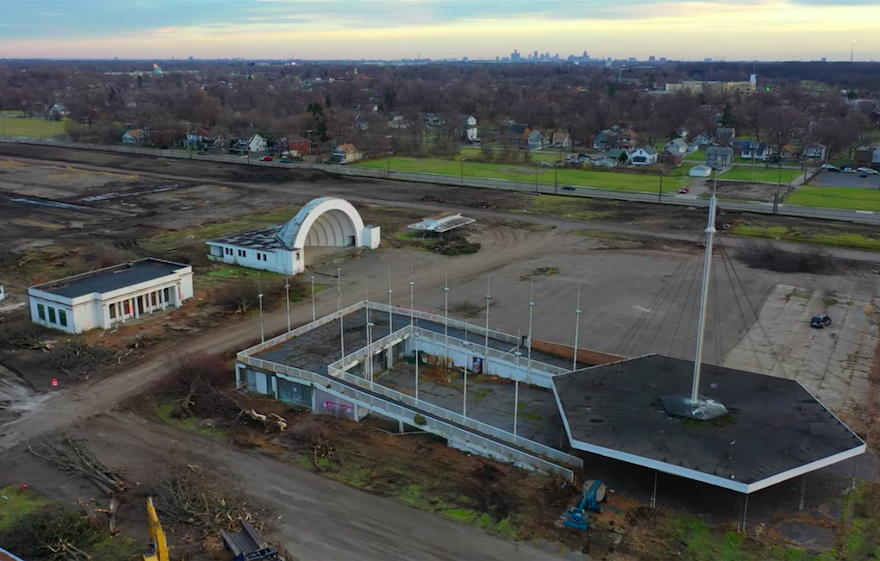 When an asbestos removal company involved in Detroit demolitions was last month charged with bribery and safety rule violations, it wasn’t the first time it was accused of running afoul of state laws.

Between 2016 and 2019, Warren-based BBEK Environmental, owned by Kevin Woods, was cited by environmental and occupational safety inspectors for at least a dozen violations, including failing to remove, wet down and properly dispose of materials containing the carcinogen. At the time, it was the Detroit demolition program's top asbestos abatement contractor.

The company continued to receive environmental violation notices in Detroit even as it was under a consent agreement with the state that required it follow the rules. And when it was nevertheless released from that agreement in April 2019, it was cited for violating more rules the very next day.

BBEK was eventually removed from Detroit’s demolition program because officials said it failed to hire an independent company to conduct air quality tests, as required. But despite its suspension and track record, the state still permits it to operate, pushing it toward larger, private jobs in Detroit, and exposing what critics call a system of lax rules and oversight that puts workers and residents at risk.

“It’s troubling to hear about repeated violations by a company and that they’re still able to do business,” said state Sen. Stephanie Chang (D-Detroit), who’s been pushing a package of bills to tighten regulations surrounding asbestos abatement in light of ongoing demolition and renovation activity in the city. “We need to strengthen accountability and transparency surrounding all of this.”

Chang cautioned that BBEK’s known violations may represent only the tip of the iceberg, as a 2017 auditor general report of the state air quality division’s asbestos program found it lacked the resources to properly monitor building demolitions, and failed to report some violations.

The company performed the majority of the demolition program’s asbestos abatement work before it was suspended — remediating at least 4,000 houses between 2017 and 2019.

If inhaled, asbestos can lead to health problems like mesothelioma and lung cancer. It’s one of a number of environmental concerns associated with Detroit’s 7-year-old demolition program, which has also been linked to an increase of blood lead levels in kids.

Woods was charged by the attorney general’s office in February with allegedly bribing a contractor to secure work, misrepresenting project costs to avoid paying money to the state, and violating independent air monitoring rules by “frequently” hiring two monitoring companies he operated — Warren-based HC Consulting and Green Way Environmental — and having BBEK staff do the monitoring themselves.

The independent air quality monitoring rules are “critical to protecting the health and safety of Michigan communities,” Christy Goldsmith, Special Inspector General for the Troubled Asset Relief Program, said when the charges were announced. It’s why demolition officials and the city’s Office of the Inspector General suspended it in 2019.

Woods’ lawyer, Becki Camargo, the Land Bank’s former demolition director, said BBEK was improperly suspended from the program. She defended its environmental record, noting it was suspended only over the independent air monitoring rule and calling the other violations a drop in the bucket when considering the breadth of work the company has done in Detroit.

“Neither Mr. Woods nor BBEK Environmental were suspended from the Detroit demolition Program for citations from (state environmental or occupational safety inspectors),” Camargo said in an email, adding the company accrued the dozen-plus violations throughout “hundreds if not thousands of inspections,” an estimate that could not be verified.

BBEK can continue to operate in Detroit and the state because, despite the criminal charges and past violations, its track record is good enough by state standards, the Michigan Occupational Safety and Health Administration said. In a series of written responses to questions, MIOSHA — which is responsible for licensing such contractors — said the company is currently in compliance with laws regulating asbestos and that it does not suspend or revoke licenses based on the number of violations a company receives; if a company that is found to have violated the laws simply pays off fines and corrects hazards, it can continue to do business.

In fact, the agency is not required to revoke asbestos remediator licenses at all: The 1986 law guiding the practice says only that MIOSHA “may” do so in the case of problems including the falsification of records and willful neglect that causes a person to be exposed to asbestos.

The agency said that should Woods be convicted of the allegations against him, it “may” investigate to determine if BBEK’s license should be suspended or revoked.

While some argue the laws are too lax for state regulators to take meaningful action against violators, a source working locally in the asbestos industry said they’re also discouraged from doing so.

“They’re making so much money off the fines,” said the industry source, who asked to remain anonymous for fear of losing work opportunities. “We’ve seen it time and time again when someone’s kicked off something and then they’re back doing something else.”

MIOSHA said it has denied, suspended or revoked 51 licenses since 2014, though it would not readily provide details including the circumstances surrounding those and how many were contractor versus employee licenses.

BBEK was cited for violations at at least 11 home demolition sites from 2016 to 2019, including leaving asbestos containing materials inside homes that were cleared for demolition.

It’s not in the city’s practice to alert neighboring residents to such violations. Likewise, no residents have been alerted of BBEK’s alleged air monitoring rule violations. In response to a Freedom of Information Act request for addresses where the alleged violations may have occurred, the Land Bank assessed a prohibitive $130,000 fee, saying producing the information would require manually combing through thousands of records.

DLBA spokeswoman Alyssa Strickland said no additional warning to residents was needed because standard demolition notifications advise neighbors to take precautions like closing windows and doors, and that the air check is only conducted for contractors to re-enter the building a final time before it’s demolished.

A new study from the University of Michigan has meanwhile raised questions about whether there’s even a need for asbestos remediation at home demolitions specifically. Researchers surveyed 25 city demolitions of 1-4 unit structures classified as “emergencies,” which do not require asbestos removal, and found negligible emissions of airborne asbestos.

But since being sidelined from home demolitions, BBEK has moved on to larger projects of perhaps greater consequence, remediating asbestos ahead of both renovations and demolitions of former apartment buildings, commercial properties, bridges and more — plus a half-dozen buildings at the former Michigan State Fairgrounds, including the historic bandshell to be moved to Palmer Park. The fairgrounds was recently sold by the city for redevelopment to Sterling Group and Hillwood Enterprises, neither of which responded to requests for comment.

Debarred from city contracts, but projects with city support?

Environmental Specialty Services (ESS) is another company precluded from city contracts but still doing private work in Detroit. It was debarred by the city’s Office of the Inspector General for 20 years last April for alleged bribery.

And yet, ESS has notified the state that it will be abating asbestos on two upcoming projects receiving city incentives — one at the Hotel St. Regis, in New Center, owned by Christos Moisides, and another at the former Lincoln Motor Co. property, co-owned by Matt Naimi.

A spokesperson for Detroit Mayor Mike Duggan did not respond when asked whether the city had a position on suspended or debarred contractors continuing to operate in Detroit, particularly on projects receiving city incentives. A spokesman with the Office of the Inspector General said it would seek a legal determination on whether debarred companies could work on such developments.

Both Moisides and Naimi said they were unaware that the company had been barred from doing business with Detroit and that they’d reconsider using it. Naimi said he already planned to look into ESS, which was tapped by his demolition contractor, Adamo — whose contractors were also implicated in the bribery scheme — because he previously worked in the field and “there’s some real shady characters.”

“I got out of that work because doing it right is too expensive and everyone tries to cut corners,” he said.