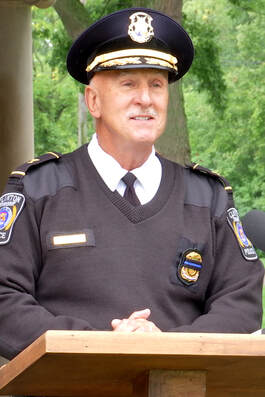 Clinton Township Police Chief Fred Posavetz died from complications due to Covid-19, the township said Monday. He was 64.

"Township employees were shocked and saddened on Monday to learn of the passing of their beloved co-worker, a long-time police officer and public servant of the township," a press release says.

Posavetz began his career with the township police department nearly 41 years ago. He was promoted to sergeant in 1991 and in 1996 became captain of three divisions and support services. In April 2007, he was named chief.

“As chief, Fred was always proud to promote and swear-in new police officers,” said Township Supervisor Bob Cannon Cannon. “At these events, he emphasized the positive qualities of each officer, then he acknowledged and thanked the families for attending and for what would be their child’s next 25-years of service to the community.”