Don't give to these election deniers, urge critics of Michigan Reps. Bergman, Walberg

When it was time to pick a side in the post-midnight hours of Jan. 7, after U.S. Capitol rioters were ejected, Reps. Jack Bergman and Tim Walberg voted against certifying presidential votes from Arizona and Pennsylvania.

That decision not to accept Electoral College votes won by Joe Biden and Kamala Harris still resonates back home, where they're now targets of letter-writing campaigns aimed at past donors. The goal is to slow the flow of money to the congressmen's 2022 campaigns. 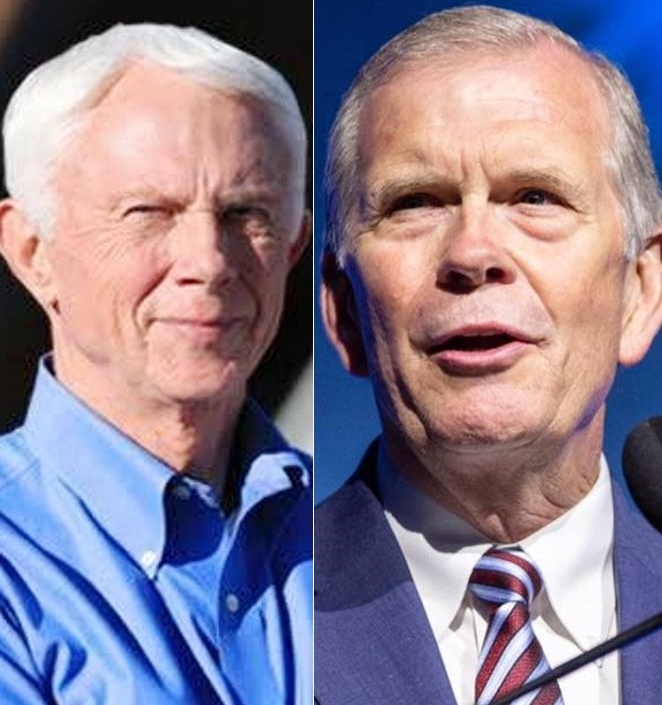 "Jack Bergman spread lies about the election and voted to undermine the will of the people," posts a Defund Bergman group in his district, which spans northern Michigan and the Upper Peninsula. "His actions do not represent our voice as his constituents. We need to hold Bergman and his backers accountable because they enabled an attack on our democracy."

The group lists donors who gave Bergman $500 or more in 2019-20. The fourth-term congressman recently told Interlochen Public Radio that he just wanted a federal commission to audit November's election results.

"People in Michigan and people in my district wanted to know that when they voted that their vote was fairly counted, it was accurately counted, and if you weren't supposed to vote, your vote wasn't counted," the lawmaker said. 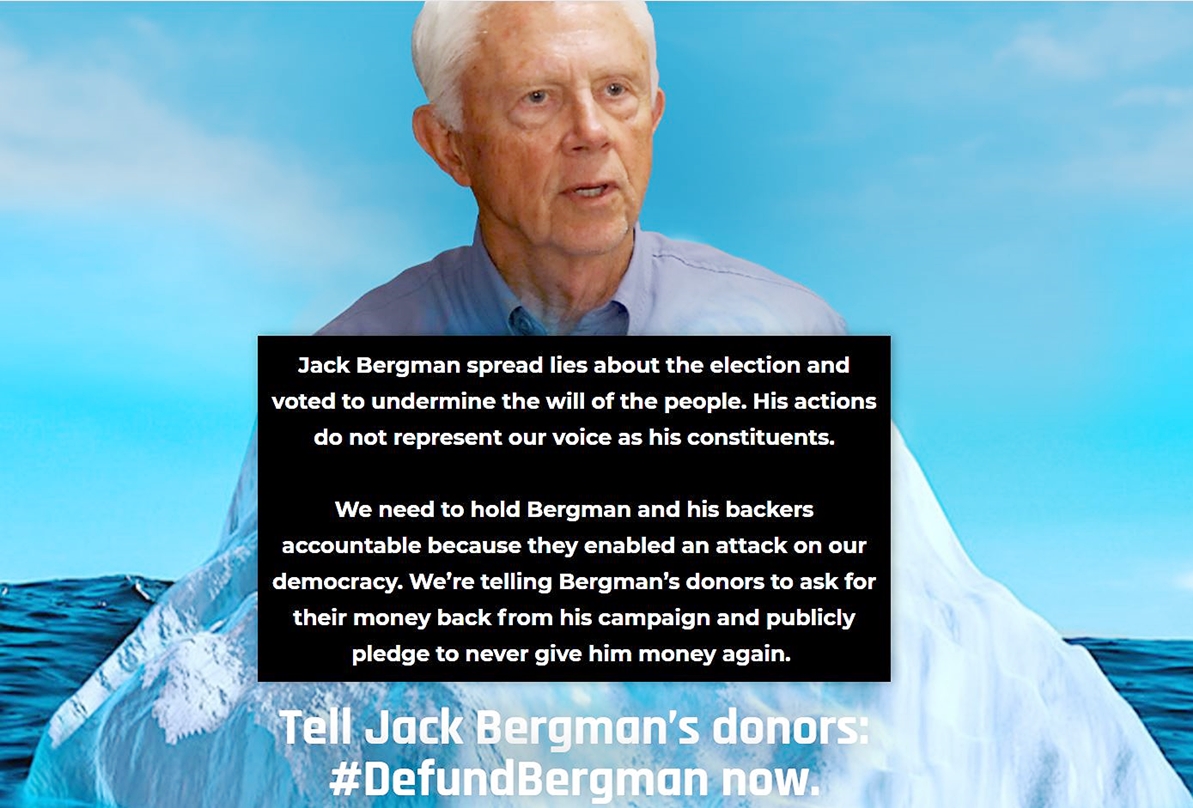 Constituent groups ... have launched letter-writing campaigns to reach donors — individuals, corporations and other organizations — who gave to U.S. Reps. Tim Walberg and Jack Bergman, urging them to end their financial contributions.

The letter writers cite the lawmakers' support for former President Donald Trump's debunked election fraud claims. They also decry their representatives' decision to sign onto a lawsuit by the Texas attorney general that sought to block battleground states like Michigan from voting in the Electoral College. ... — a suit the Supreme Court rejected for lacking standing.

The reporter quotes Walberg -- whose district includes includes Monroe, Jackson, Hillsdale counties and parts of Washtenaw County -- as predicting the don't-contribute effort will backfire and prompt early donations from backers. He's targeted by a letter campaign from Saline Indivisible, a progressive group.

"Every vote I took was constitutional and represented the district that I represent, according to the principles I told them I would stand for. I haven't lied to them. I haven't backed away from the Constitution. The chips will fall where they may, and ultimately, 2022 will decide my fate."

Burke adds that Walberg, who won an eighth term in November, denounced the letter writers in a February fund-raising pitch as a "fringe group."

"[He wrote:] This disgusting behavior has no place in the political arena." He then asked for a donation to his campaign. 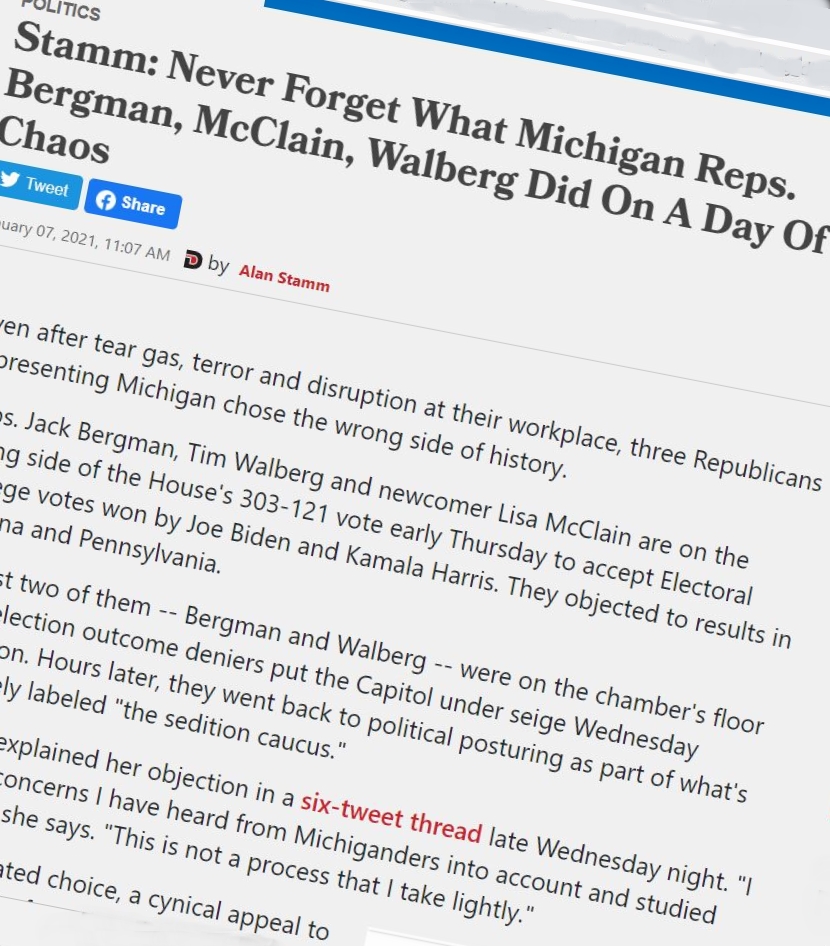