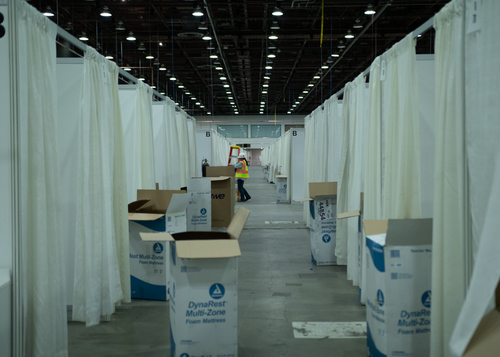 Why did the Whitmer administration close the TCF Center field hospital in Detroit last year? A multimillion-dollar pop-up facility that was supposed to handle Covid-positive people with no safe place to go?

Why were infected and recuperating old people instead pushed into nursing homes where they could spread the sickness?

That is the $50-million question.

Whitmer defended her decision in July, saying that there was no evidence that “isolation units created within existing (nursing home) facilities are somehow insufficient to protect seniors.”

Except there is plenty of evidence to suggest otherwise. As it happens, at least nine of the 21 "hubs" set up to handle those infected seniors flunked federal infection inspections this summer after the field hospital closed. 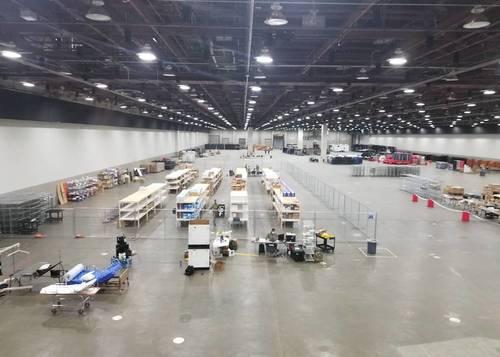 Those reports contain horror stories of positive patients being mingled with healthy residents who later died; cleaning and dietary staff who casually crossed back and forth between isolation wards into the general population; a lack of personal protection equipment (PPE); not to mention atrocious details of abuse, neglect, malnutrition, and human beings left to lie in crusty, soiled diapers.

The temporary hospital closed in May after attending to a measly 43 people. The field hospital was set up in late March at a cost of about $10 million. The lion's share of the bill was assumed by the feds.

The retrofit at the convention center included: 1,000 state-of-the-art hospital beds; a negative pressure ventilation system to filter the air; an oxygen tank on the roof bigger than a tractor trailer that sent oxygenated air to each individual bed.

Add to that a $36-million state bailout to the TCF Center this past September, plus rent paid by the state to TCF for its use as a hospital, and you're looking at $50 million.

What did we get for it?

State administrators promised, back in May when they announced the shutdown, that if a second surge arrived in early winter, the field hospital could reopen.

When that second wave did arrive in November, it didn't reopen. By then, the TCF was being used as a soup kitchen and bathhouse for the homeless.

So why was the convention center not fully used for recovering nursing home residents in the first place?

According to Bob Wheaton, a spokesman for the state's Department of Health and Human Services, the administration decided that keeping the field hospital open to serve recovering nursing patients did not make sense because of its physical limits.

“(TFC was) not designed to provide, and did not provide, the standard of care one could expect at a nursing home or a hospital," he told Bridge Magazine back in July. 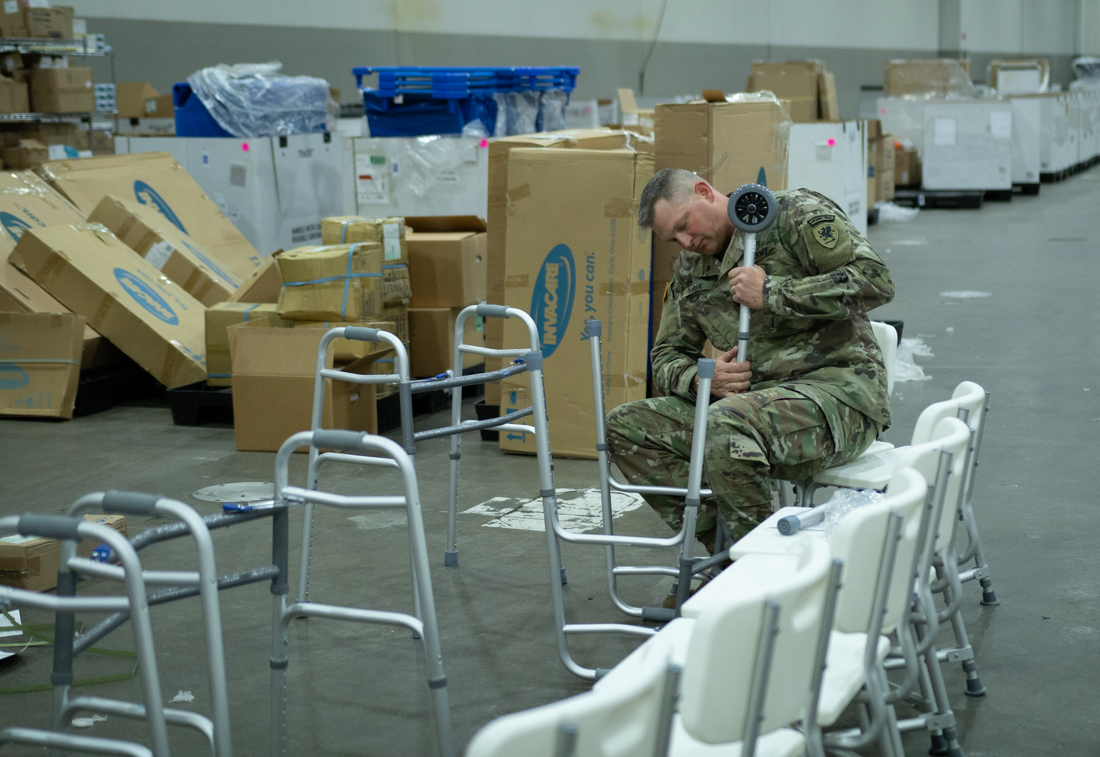 A field hospital built and staffed by United States military personnel with a convention floor piled high with medical supplies couldn't provide the standard of care one could expect in Michigan's fetid nursing homes?

So I did some digging. Whitmer created nursing home “hubs” to be places of last resort when there was no place for the recovering to go. These homes were supposed to be extra-special places. Places that had separate nursing and janitorial staff, as well as separate and isolated wings following special protocols.

But many of these nursing homes were never good to begin with. Eleven of the chosen 21 received below or far below average ratings in their Medicaid grades.

And these dumps did no better during the pandemic. At least nine were cited for improper infection controls, according to federal government inspection reports, that were conducted after the TCF Center field hospital was mothballed. (Those reports can be found here.)

Consider: At an Oakland County nursing home in June, an investigator found three residents on the Covid ward who were not Covid-positive. Workers did not change PPE when traveling between sections of the building, or wash their hands.

At a Detroit nursing home in July, Covid-positive residents where placed throughout the facility, everywhere, it seems, except the Covid unit where they belonged, according to the investigator's notes.

An infected person was seen taking food from a meal cart. Dietary staff continued passing out meals from the cart to residents who did not live in the Covid unit.

There are horror stories of staff abuse, lack of food and water for the elderly, human beings left for hours without help with open and infected sores, people going without showers and baths for weeks.

The reports are ledgers of misery and mismanagement, and make it impossible to take seriously the governor when she claims the care is better inside these cattle pens than a U.S. field hospital staffed by military personnel.

Even the homeless outreach program now occupying the basement of the TCF Center sounds like heaven in comparison. At least there you get soup, a shower and your temperature taken.