In a story seemingly made for TV news, the Case of the Stolen Bentley has a satisfying conclusion, with the on-camera arrest of the alleged perpetrator. 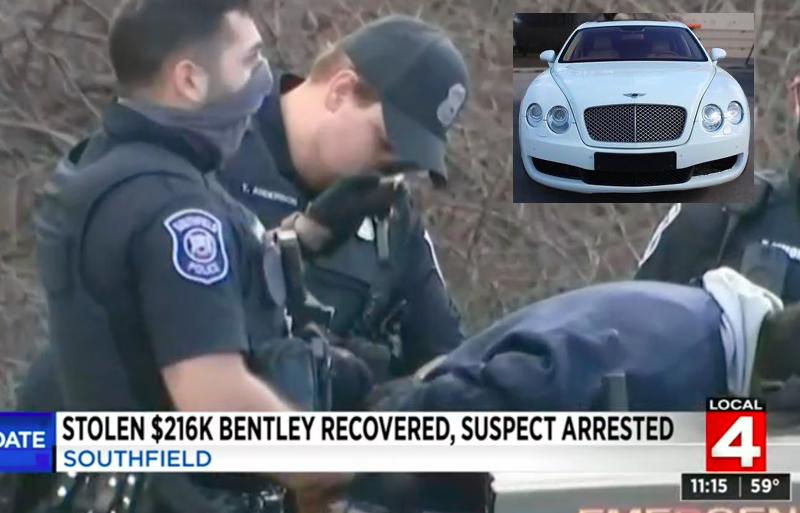 Here's how it went down, according to our colleagues at WDIV:

The man inquired about buying the car, was told it wasn't for sale, and was later caught on security camera slipping into the office and taking the keys. On Tuesday, the car disappeared from the lot, but with the security video, police had a suspect and a clear image of him.

On Wednesday, tips led them to a Southfield apartment complex, where the Bentley was parked in a carport. They set up a stakeout and when the suspect approached, ordered him to stop. He tried to flee, was tackled to the ground, and when police searched his pockets, found the keys to the Bentley.

Witness the entire thrilling foot chase and key retrieval from the peerless Tim Pamplin, here. Although we have to give a nod of respect to Charlie Langton at Fox 2 for snagging this quote from Sam Zahr, the owner of Dream Luxury Car Rentals, about the condition of his returned vehicle:

"Besides smelling (like) weed, everything is good," said Sam.