A prominent Democratic political consultant in Lansing is apologizing, following multiple reports of women claiming he sexually harassed or otherwise intimidated them during their employment with Vanguard Public Affairs. 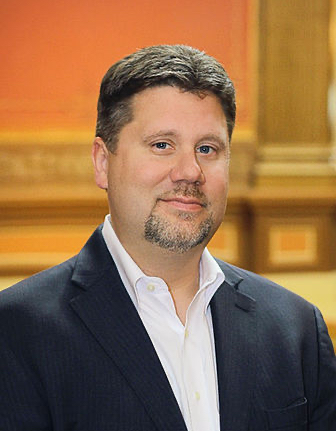 Once I read this intense essay, I put out a call: If any men or women had experienced or witnessed this behavior, they should consider my platform, this blog, open to tell their stories. ...By the morning of the next day, I was contacted by at least a half dozen women who had worked for or with Bucholz and had been subjected to the same sort of sexual harassment my friend Emily had gone through.

... As a group, the women I spoke to described a work environment that seemed designed to take advantage of young women. The office was overwhelmingly staffed by young women in their early-20s. They were often from blue-collar working-class families, fresh out of college, and eager to begin a new career or single moms who really needed a job to pay her bills. They were often inexperienced but talented and eager to get their careers off the ground. Bucholz would lavish gifts and attention on the women, sometimes encouraging them to go on weekend “business trips” with him. Alcohol was consumed openly and regularly in their Lansing office.

Paul Egan at the Free Press writes today that Bucholz has offered a blanket apology, although he claimed some of his comments were misunderstood and denied making others entirely:

"For those who I have offended with my comments in the past, I sincerely apologize and can only say that I will continue to work to make amends with those I have hurt and live my life in a more honest and forthright way," Bucholz said.

Egan also spoke with several of the former employees on the record. One, Chelsea Coffey, said:

... she was on loan from Vanguard to the Andy Schor mayoral campaign in Lansing when on the day of the primary election she posted on social media a photo of herself in a Superman pose wearing a T-shirt that promoted Schor's candidacy.

"Are you flashing voters?" Bucholz texted her.

"You certainly look ... um ... healthy," in a comment Coffey interpreted as a reference to her breasts.