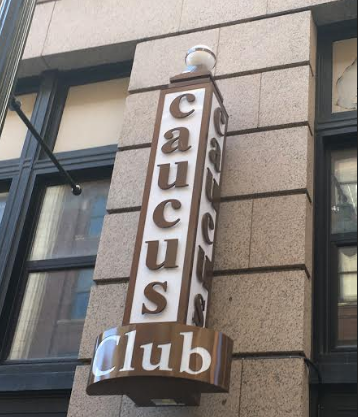 Even in tough times, the posh Caucus Club on Congress in downtown Detroit is putting its foot down about attire.

"Seriously people, hoodies and jerseys are not business attire. Neither are ball caps and sneakers," the restaurant posts on Facebook. "Most importantly, if you smell like marijuana don’t even think of stepping inside the Caucus Club."

"Business casual is the minimum dress code that should be adhered to."

A number of customers chimed in on Facebook, backing the restaurant. 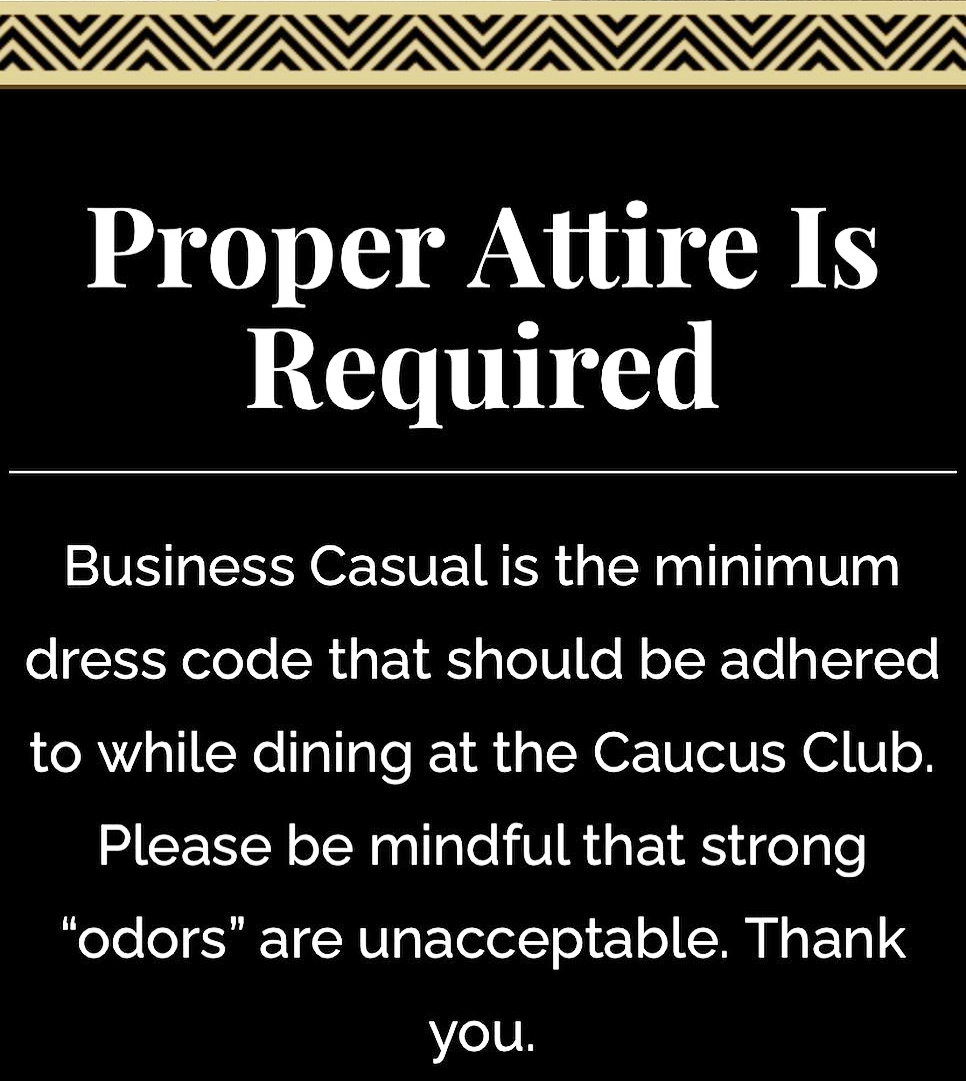 Karie Fay: What is wrong with people wanting to push their nasty ways on people , nobody wants to smell anybody’s stench, it really shouldn’t be a debate. Common sense and manners are seriously fading fast.

Ken Vlahadamis: Such annoying comments. All the guy is saying is, dress for the occasion. God forbid people actually try in life!

Chrissie Jaber: Love this! Good for you for setting a standard that needs to be set. You’re not going send your kids into a private school wearing ripped jeans in stead of their uniform because that’s just not protocol. Same goes for fine dining.

We first saw this story in the Detroit Free Press.