The Detroit News' ace federal law enforcement reporter, Robert Snell, drops another bombshell behind the paper's paywall Thursday: The story of Marty Tibbitts, a popular and respected Grosse Pointe Park businessman who led a secret life as financier of an international cocaine-smuggling ring. 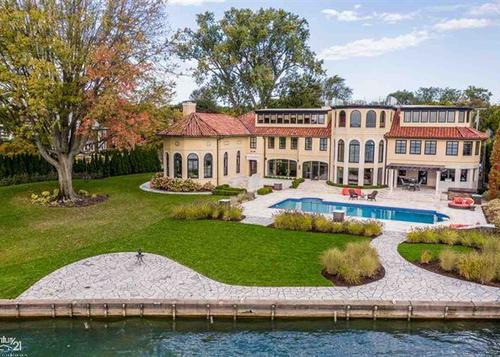 Snell and co-author Christine Ferretti lay out the details of a criminal complaint, six years in the making, that reveals:

The case is filled with secret underwater gadgets, double lives and an alleged Metro Detroit connection to an innovative drug ring. The drug ring and Tibbitts were developing a submarine designed to store cocaine and attach itself via magnets to the hull of cargo ships crisscrossing the Atlantic Ocean,according to the DEA.

Tibbitts' death in a fiery plane crash in July 2018 allegedly forced co-conspirators to search for a new financier in Ecuador, Dubai and the United Arab Emirates, and it caused the drug ring to abandon the submarine plans. They allegedly struggled as investigators seized several large shipments of drugs, including 753 kilograms of cocaine hidden in a banana cargo ship in the Netherlands.

The allegations clash with public details about the life of Tibbitts, a private pilot who founded the World Heritage Aviation Museum. He projected a dashing profile, posting social media videos and photos from the cockpit of vintage planes and lived in a sprawling mansion once owned by Alto Reed, saxophonist for Bob Seger & the Silver Bullet Band.

Tibbitts is not named in the complaint, but references to "Marty," his hometown and death correspond with Tibbitts' life, and the paper has confirmed his identity. The story features a photo of the magnetic smuggling device, called an underwater parasitic drone, capable of being tracked via GPS and detaching itself from the vessel before it arrived in port to await retrieval offshore.

The aforementioned mansion went on the market in November, at a price tag of $6.4 million. Tibbitts' widow, Belinda, could not be reached for comment.

(Totally worth buying Friday's paper, or a digital subscription.)