Hard to know what to make of this one, but here we go: A 57-year-old Detroit man is claiming to be the son of the late U.S. Rep. John Conyers, and is asking to be included in the lawmaker's estate. 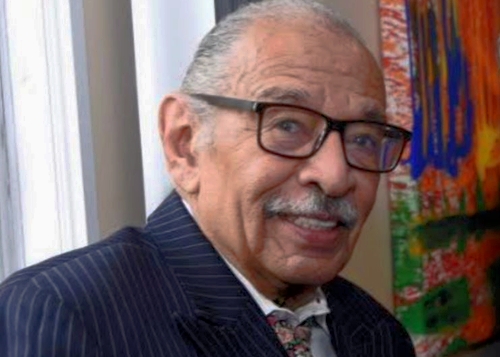 Conyers died in 2019 at 90. He left behind a widow, Monica Conyers, and their two sons, Carl and John III.

Darren Weddington, who claims to be Conyers' heretofore unknown offspring, petitioned in Wayne County Probate Court in November to be appointed as a representative of the Conyers estate, the Free Press reports behind a subscribers' paywall.

In Monica Conyers' court filing to dismiss the case, her lawyer wrote that Weddington's mother is deceased. (Monica Conyers' lawyer, Macie) Tuiasosopo Gaines wrote that  estate law requires the mother, father and child to submit to a blood or tissue test and that Weddington "will never" be able to establish a parent-child relationship with Conyers. She said the law doesn't allow for other DNA testing to establish paternity.

Even if the court were to allow  a "genetic fishing expedition," there are no assets in the estate to administer, Tuiasosopo Gaines wrote. All of John Conyers' belongings including "financial accounts and real property" passed to Monica Conyers, a former Detroit city councilwoman, according to the filing. But if the court decides to proceed with a probate case, as Conyers' spouse, Monica Conyers should be the first to be appointed as the personal representative, Tuiasosopo Gaines wrote.

None of the named parties would comment or could be reached by the Freep. Conyers' lawyer released a statement reading in part:

"Legends often become the subject of false and/or unsubstantiated allegations," Tuiasosopo Gaines wrote.  "And, unfortunately, sometimes it even happens after one has made their transition."