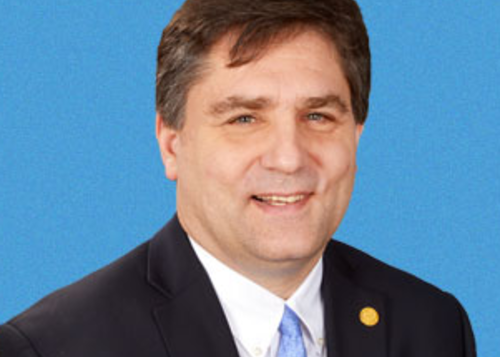 The company says Colbeck is waging a "disinformation campaign" while touring Michigan to give presentations entitled "Case for MI Decertification," which blames Dominion for "stealing the election" from former President Donald Trump.

"You are knowingly sowing discord in our democracy, all the while soliciting exorbitant amounts of money — totaling over $1 million so far — from your audiences paid directly to your personal business," says the letter signed by attorneys Thomas Clare and Megan Meier.

At one point, the letter vows, "Make no mistake — Dominion will hold you accountable for these lies."

Dominion has sent similar letters to others who have taken high-profile positions that the company somehow was involved in "stealing" the election from Trump. They include the president's lawyers, Rudy Giuliani and Sidney Powell; Fox News; MyPillow salesman Mike Lindell; and temp Michigan election worker Mellissa Carone. Some have already had lawsuits filed against them. None have provided evidence beyond conspiracy theories.

Colbeck, The News reports, has spoken at "multiple rallies" where he has claimed Dominion equipment was connected to the internet, which "led to the systems being hacked by nefarious foreign actors from Iran, China and elsewhere." Colbeck claims expertise in cybersecurity.

The paper's story has a PDF of Dominion's letter.