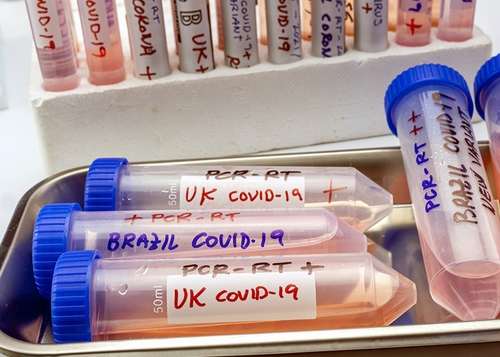 A Washington Post headline, for instance, follows a factual statement with a potentially misleading one. "Michigan is the new coronavirus hot spot. The U.K. variant is partly to blame," it says atop a roundup last week.

How big a part is unclear. Michigan confirms at least 1,826 infections from three main Covid variants, as of last Saturday. The cumulative total of confirmed cases that day was 692,206 (723,297 now), which means known cases of variants affect only 0.02 percent of patients since the crisis began.

The current Covid surge began during February's last week. From Feb. 23 to April 6, Michigan confirmed 124,744 new diagnoses, according to a post on this topic at Michigan Capitol Confidential. Its managing editor, Tom Gantert, notes that variants account for "1.5% of the new confirmed cases attributed to the third wave. The first case of the U.K. variant in this state (called B.1.1.7) was reported on Jan.16."

The actual share of variant cases isn't known with certainty because not all Covid-positive samples are tested for variants -- a lengthy, costly process.

Still, The Post roundup amplified the impact beyond its 1.5% known level:

Epidemiologists partially attribute [Michigan's] rapid surge to the spread of the variant first identified in the U.K., which scientists have found to be 30 to 70 percent more transmissible and relatively more deadly.

A report this week from the Department of Health and Human Services lists these Michigan cases from Covid variants first detected in the countries shown:

Federal data shows that Michigan's variant infections are 10.7% of the 17,000 confirmed nationally as of Tuesday. The hardest-hit state is Florida, with 3,301 cases from the three main variants, followed by Michigan.

So the impact is real, though not dominant currently. Infection clusters linked to schools and youth sports (see graphic below) are cited as worrisome by Lansing officials and the Centers for Disease Control. CDC Director Rochelle Walensky on Wednesday advocated stronger restrictions, such as a pause on indoor restaurant dining and tighter rules around indoor student athletics.

Since January 2021, the K-12 sports transmission has been highest in basketball, hockey and wrestling.

Yet high school basketball division championship rounds are under way this week around the state.

Bottom line: Mask up, keep distance, get the shot -- and don't overreact to headline scares. 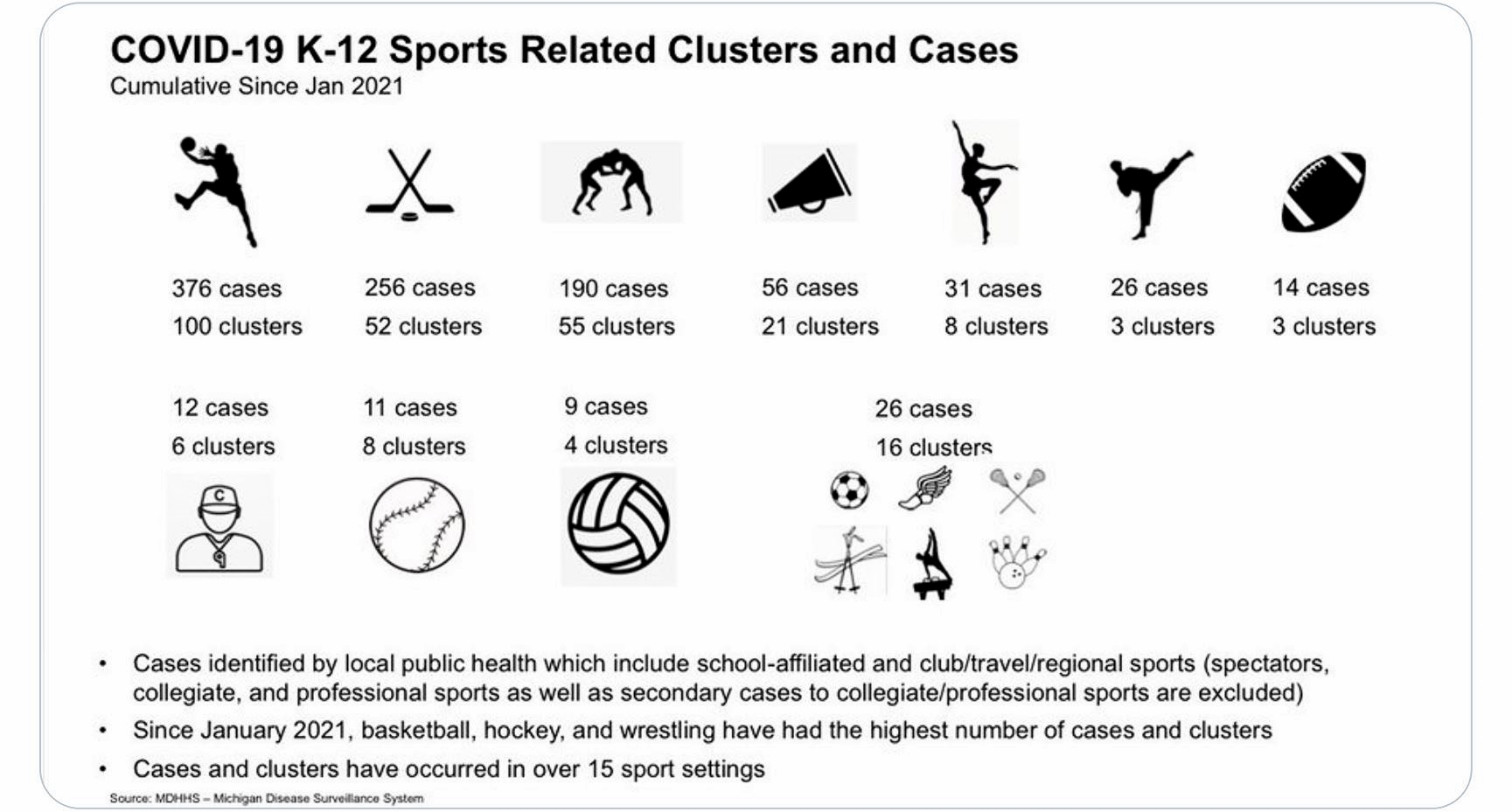