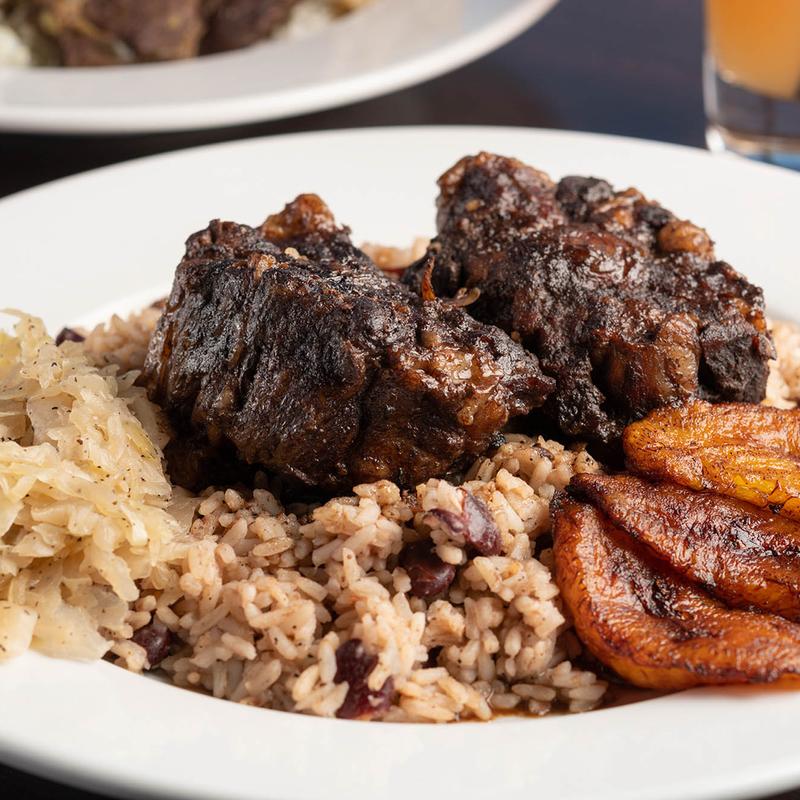 Oxtail on the bone

In 2019, the Detroit Free Press named Norma G's one of the new best restaurants of the year. And for good reason.

The restaurant with a colorful interior serves some truly tasty Caribbean cuisine at 14628 E. Jefferson Ave. in the Jefferson Chalmers neighborhood on Detroit's east side. It's the creation of Lester Gouvia, who operated a food truck and pop-ups before going the brick-and-mortar route. The Trinidad native named the restaurant for his mother, whose recipes he uses.

The dishes include spicy jerk chicken and oxtail tacos, oxtail on the bone, curried chickpeas between two pieces of fried dough, rice, plantains and some flavorful rum drinks.

Detroit Digest host Carlos Parisi stopped by to chat with the owner and dig into authentic Carribean cuisine. Watch the video below.