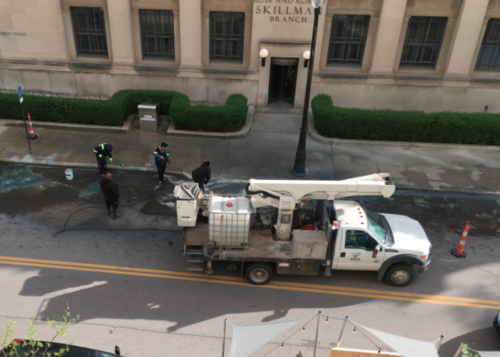 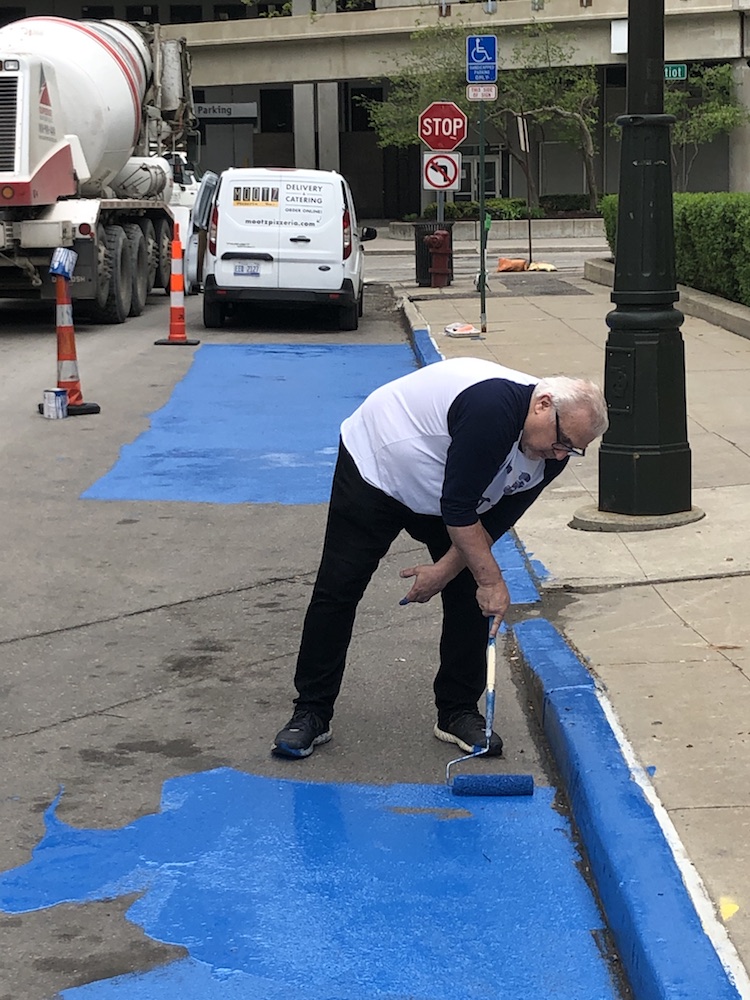 Update: 10:25 a.m. Thursday -- The city of Detroit posted a second sign this morning to clearly define where the handicap parking begins and ends. It also reduced the number of handicap parking spots from four to two.

Tony Sacco, co-owner of Mootz Pizzeria + Bar on Library Street in downtown Detroit, was fed up with unsuspecting customers getting $150 tickets for illegally parking in spots that weren't clearly marked handicapped.

So on Tuesday he painted the street and curb blue to designate those four spots more obviously, as first reported by Deadline Detroit.

But on Wednesday afternoon, the city removed the paint, while promising to mark the parking spaces with better signage and reduce the number of handicap spots to two, Sacco told Deadline Detroit.

"I think it's really a good result, I can't ask for much more," Sacco said. "But I still think they should paint the curb blue." 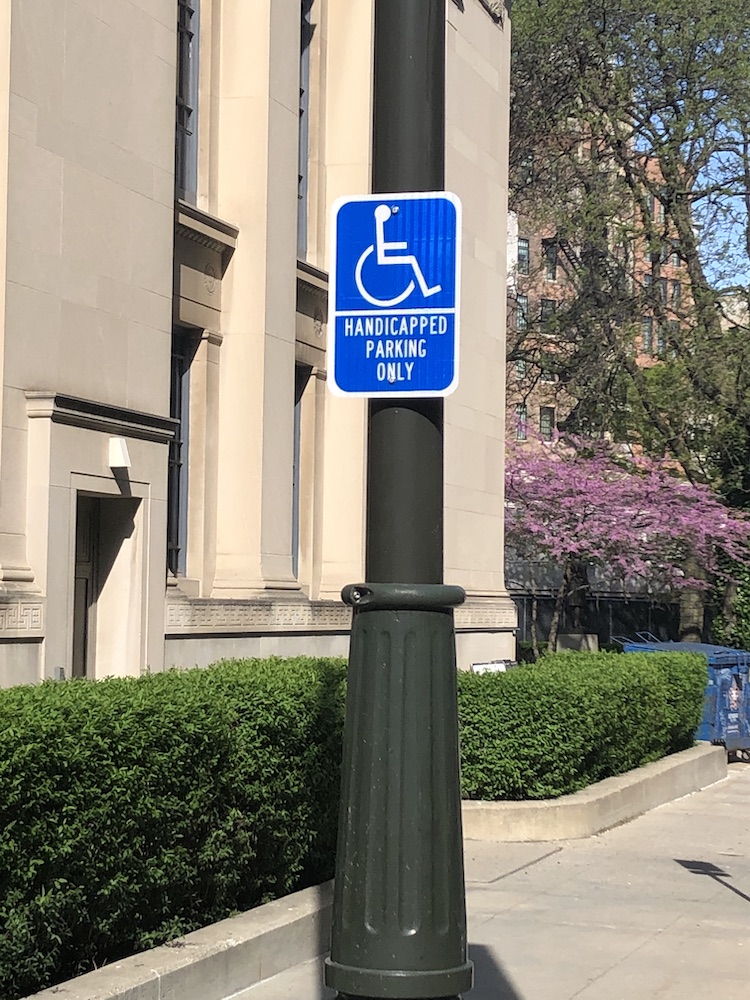 The mayor's office confirmed that Sacco talked to the Department of Public Works director Ron Brundidge, who vowed to address the problem as soon as Thursday.

"He agreed it should have been better marked," Sacco said Brundidge admitted.

Sacco says the problem is that there is a small handicap sign at the end of the block, but it's unclear that it applies to four spots). He said he had repeatedly asked the city to do something, to no avail.