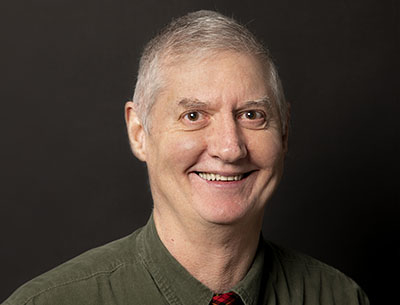 It’s challenging to be gracious to someone who publicly and privately disparaged my work, but I’m going to put my ego aside and acknowledge that the retirement of Jay Greene of Crain’s Detroit Business is a loss to Michigan health care journalism.

Greene has been covering health care for so long that I suspect Hippocrates was one of his sources. He’s spent the last 13 years at Crain’s Detroit, and before that covered nonprofits for Crain’s Modern Healthcare, an industry bible. Greene’s institutional health care knowledge is unrivaled, not only in Michigan but across the country. He’s a stickler for detail, his reporting painstakingly accurate.

Greene’s many accomplishments include being the first to expose that Beaumont Health, Michigan’s biggest hospital network, under CEO John Fox and COO Carolyn Wilson was more focused on profits than quality patient care.

Greene in December 2019 reported on budget cuts and staffing issues at Beaumont Trenton. He quoted Zachary Lewis, chairman of the hospital surgery department, saying this: “We just want to take care of more patients. We have been accused of not doing enough, the nurses not working hard enough. ... My only conclusion is they are trying to cut costs any way they can — saving money by not hiring nurses — to increase their margins."

Underscoring the accuracy of Greene’s reporting about problems at Beaumont Trenton, the Centers for Medicare and Medicaid Services recently assigned a two-star quality rating to the hospital, out of a possible five.

Greene’s Trenton story contained a mint quote from Wilson, who gets paid about $2 million a year. In response to a question about Beaumont’s difficulty hiring support staff, Greene quoted Wilson as saying, “We do have openings in environmental services at Trenton. We have a hard time filling positions when (people can) go to Walmart at $12 minimum to start."

The quote still boggles my mind. Another prominent health care executive mentioned to me how it stuck with him as well.

Greene in December of last year had another big scoop (Greene, who hails from Florida, seems to come alive in Michigan winters.) He reported that several unidentified sources said that Beaumont chair John Lewis told them not to send emails criticizing Fox because he wouldn’t read them. While Beaumont issued a statement denying that Lewis made the statement, I’m confident Greene’s story was spot-on accurate.

Beaumont’s Fox paid Greene the biggest compliment. On a Zoom call last July when Fox derided me as a “mudslinging machine” and hurled other insults, he also noted that he often had issues with Greene’s reporting. Greene should regard Fox’s criticism as a badge of honor.

I’ve had some issues with Crain’s Detroit, but overall it’s one of the country’s better local business publications, one that serves Detroit well. It has a deep bench, with quality journalists like Chad Livengood, who also has taken a shot at me but has been graciously supportive of Deadline Detroit.

Still, losing someone with Greene’s experience and knowledge is a blow. Michigan is a hotbed of health care wrongdoing, and unlike states like California and Ohio, no longer has an advocacy attorney general committed to providing regulation and oversight.

U.S. News & World Report recently ranked Michigan near the bottom in terms of quality of health care, and journalism is all that Michiganders have to expose wrongdoing. Dustin Walsh, Greene’s successor, has some mighty big shoes to fill.

As for Greene, who is moving back to Florida, enjoy your well-deserved retirement. Count me among your many admirers who will miss your reporting and insights.