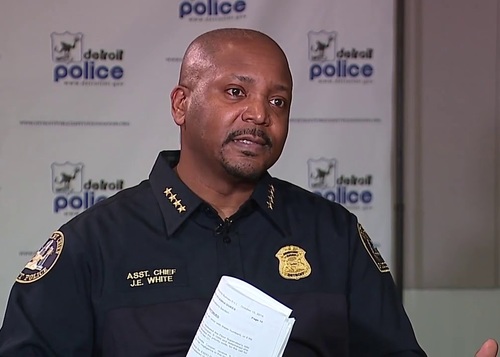 It was recently said by a member of the Detroit Police Department's oversight board that officer misconduct often stems from trauma experienced in the field — or PTSD that can affect officers' ability to perform their duties, as the Justice Department puts it.

That issue will receive additional focus when Detroit's incoming police chief, James White, takes the helm in June. The former Michigan Department of Civil Rights director and 24-year veteran of the department has a background in mental health, and tells the Detroit Free Press he will seek grant funding to pay "for counselors in each precinct to help officers manage stress and 'tragic situations.'"

White was selected by Mayor Mike Duggan as interim chief earlier this month and plans to compete for the permanent job. He goes into detail about trauma he's faced himself in the Freep piece, including losing a colleague and father figure to gun violence.

Those experiences appeared to help shape the course of White's academic study while with the department:

... (White) received a presidential scholarship to Wayne State University for anundergraduate degree in sociology, then pursued a master's in mental health counseling at Central Michigan University.

White said he was also a licenced counselor at a news conference earlier this month.