From Insurrectionists to Candidates: These Trump Diehards Want Your Vote 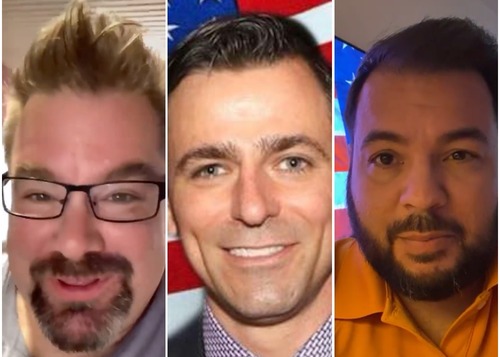 A number of Michigan Trump supporters who rioted Jan. 6 at the U.S. Capitol against a "rigged" election are now hoping the same system they so deeply distrust will deliver for them.

Howland reportedly breached the Capitol in support of Trump, while Kelley was outside urging his fellow demonstrators to follow. Rigas, who also stayed outside, has defended the insurrection, saying she's come to embrace labels like terrorist and even treasonist "because our Founding Fathers were called all the same things."

Bridge puts their bids into context:

By and large, the candidates are campaigning on similar themes to protect freedom and restore “election integrity.”

All are considered longshots, but “it’s dangerous to dismiss these people as fringe or extremists, because the Republicans’ actions in Washington and Lansing show that these people are very mainstream in today's party, and they should be taken seriously,” (said Jeff Timmer, former executive director of the Michigan Republican Party, who is part of a national group urging the GOP to cut ties with Trump.)

In recent months, other activists who fought to “stop the steal” have assumed leadership positions in the Michigan Republican Party, including new co-chair Meshawn Maddock, who was in Washington D.C. and spoke at a pro-Trump rally a day before the insurrection.