Proposal P, concerning the city-charter revision battled over for years now, appears to be dead in the water, following a ruling by a Wayne Circuit Court Wednesday. 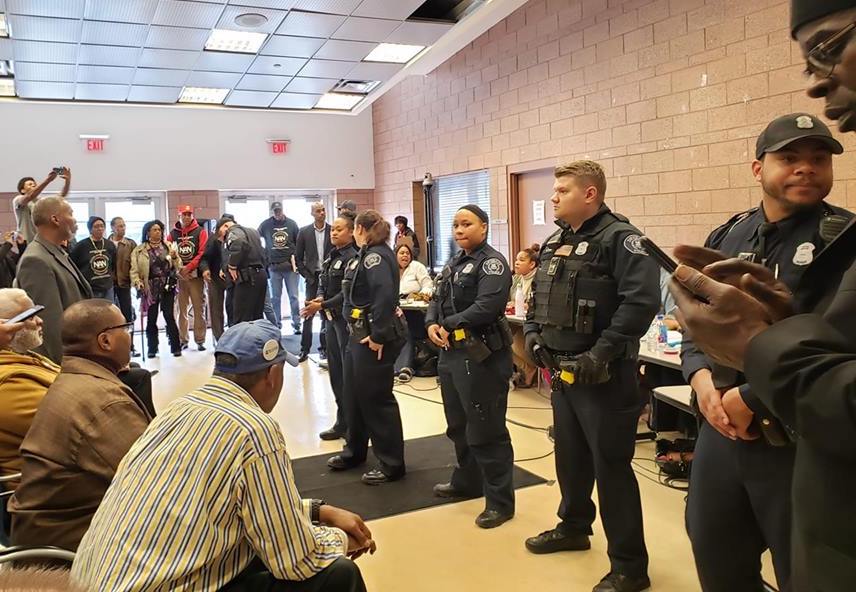 Police keep the peace at a raucous charter commission meeting in 2019. (File photo)

Judge Timothy Kenny ruled in favor of decertifying the proposal set for the city's August ballot, in a case brought by a group of Detroit city residents. The revisions to the city's framing document were rejected by Gov. Gretchen Whitmer late last month, who said they violated state law. The new charter requires voter approval before taking effect.

The Detroit News reports that the decision:

... noted Gov. Gretchen Whitmer declined to approve the charter revisions drafted and placing it before voters without her blessing would violate the Home Rule City Act.

The act states charter revisions need to be submitted to the governor for approval or disapproval before being certified. While the act provides three methods for charter amendments and revisions, there's no way to override in the event of a governor's disapproval, Kenny states.

... The proposal has faced criticism from the Duggan administration and Whitmer, who have warned that costs of implementing the charter provisions would send the city back into bankruptcy and prompt active oversight by its Financial Review Commission.

The charter-revision commission was split, almost from the beginning, between two factions, one of which pushed for changes benefiting low-income residents, including expanded access to water, wifi, affordable housing and more. The other sought to hold the line on radical changes, claiming they were unaffordable for a still-struggling city, and could drive Detroit back into bankruptcy.

Kenny's ruling appears to doom the revision, although Nicole Small, vice-chair of th e commission and leader of the "people's" faction, said the group would make a formal statement later.