"Rehab Addict" host Nicole Curtis and her legal representative, James Rasor, have released a statement about their recent victory over the Detroit Land Bank Authority. 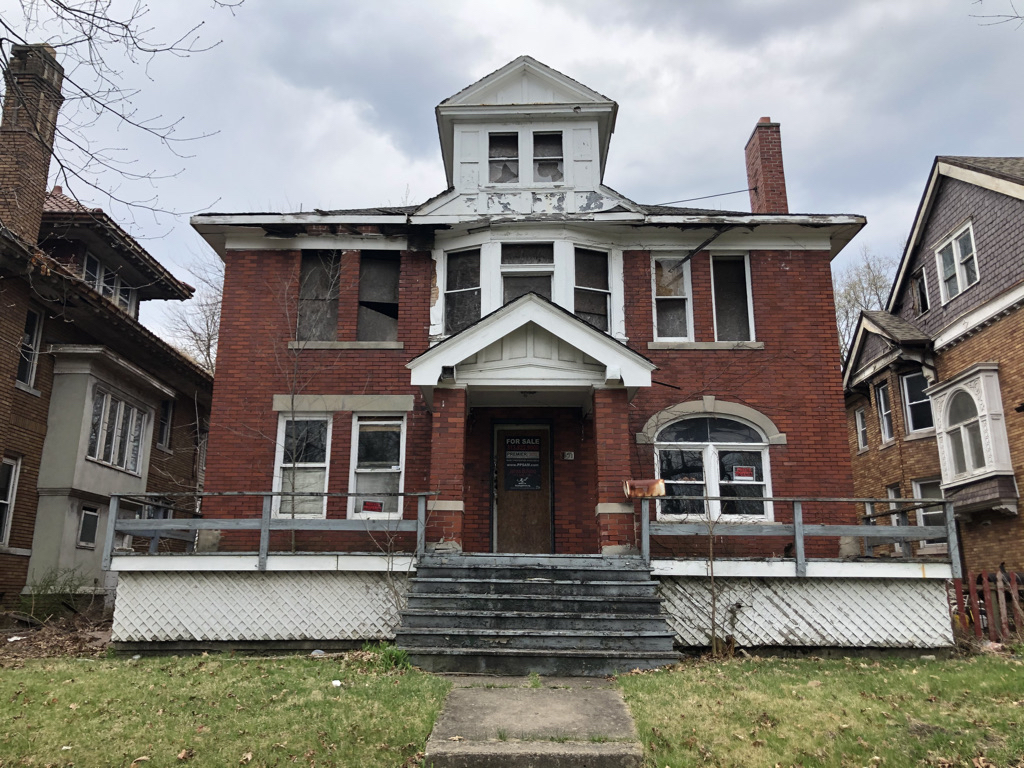 The East Grand Boulevard house at the center of the dispute (Photo: Nancy Derringer)

Last week, Wayne Circuit Judge Timothy Kenny sided with Curtis, and directed her to get on with the renovation, which could cost up to $500,000.

The statement released by Rasor says:

We’ve always maintained that Ms. Curtis’ company owned the home, and we’re delighted the Judge saw this truth. DLBA’s ...failure to record the Order giving them ownership for 23 months was fatal to their arguments and prevented Curtis from renovating the home for several years.

This case exposes a highly questionable process by DLBA’s Nuisance Abatement Program (NAP) which takes homes from Detroiters by default judgment without paying fair compensation. In obtaining title to homes without paying the homeowners, and then selling them to developers at a markup, the DLBA, a governmental entity, is violating the rights of Detroit homeowners and taking away their family’s most valuable asset using a complicated legal process that most would not be expected to understand or have the funds to hire lawyers to defend themselves against.

I am beyond pleased that Judge Kenny did what was right and based his opinion on fact and law. ...I hope this ruling will bring the much-needed change to a system that I consider to be corrupt, incompetent and arrogant.