Who killed the peacocks of Rochester Hills?

Two peacocks who wandered into a Rochester Hills subdivision some time ago and "became neighborhood mascots" are now both dead, one shot with a crossbow and the other suffering a broken wing and leg before dying of his injuries. 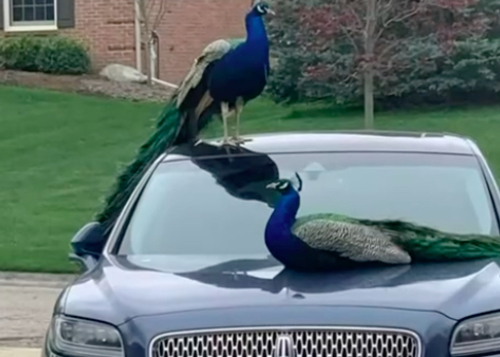 The peacocks making themselves at home (Photo: WDIV)

Richard MacDonald had to rub his eyes when he saw them the first time four years ago.

“One day I was looking out the window, and this was in February, and there’s two peacocks sitting on the railing of my deck,” he said.

“They make noise and do some other things but they are just beautiful birds and it has been a pleasure to have them around,” said neighbor Brian Diener.

The birds had many fans in the subdivision where they made their home. Beyond noise and sometimes eating garden tomatoes, they were generally tame and docile. The intentional killing of one and probably the other has some residents "sick."

The Oakland County Sheriff’s Office is investigating it as an animal-cruelty case. 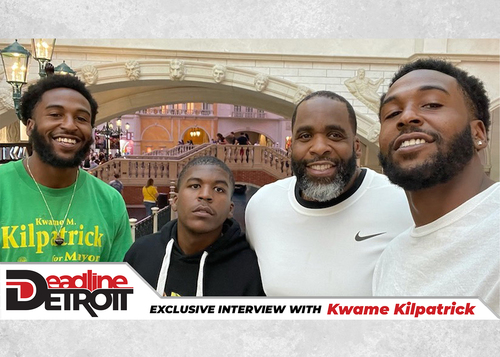 Recording: Listen to Kwame Kilpatrick Talk About Preaching, His New Love and Jesus