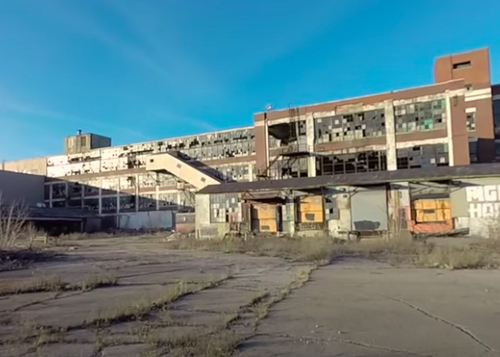 Detroiters will get first crack at an estimated 450 jobs coming to the site of the former Cadillac Stamping Plant on the East Side, which will soon be demolished to make way for a $48-million manufacturing facility, city officials announced Wednesday.

Developer NorthPoint, out of Missouri, has promised to tap tenants who are committed to hiring an unspecified number of Detroiters, in a similar arrangement to that which saw Stellanis (formerly Fiat-Chrysler) hire 3,000 city residents for its government-subsidized plant elsewhere on the east side.

NorthPoint's nearly 700,000 square-foot project is on Connor, near City Airport. The project has already been approved for $16 million in state brownfield and other tax incentives, Crain's reported in December.

Leading the demolition of the massive structure is Curtis Johnson, whose company, Inner City Contracting, is headquartered right here in Detroit. 51% of the construction workers on the new $48M facility will be required to be residents of Detroit under our Executive Order.

A minority-owned, Detroit-based contractor was tapped for the abandoned factory's $6-million demolition. The plant, designed by Albert Kahn, was built about a century ago.