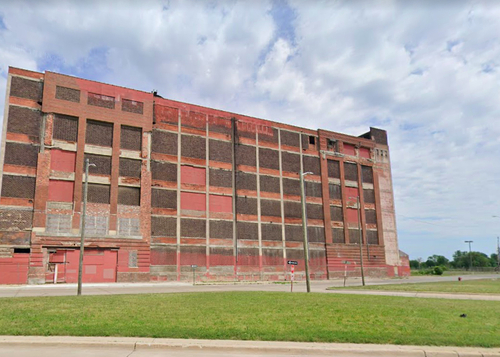 It's not enough that unsafe buildings threaten people inside them. Now one is shedding parts of itself onto the sidewalk and streets below.

Tim Pamplin at WDIV put his drone in the air to show the area where bricks were cascading off the former Hoban Cold Storage facility on East Warren Avenue, near Eastern Market. The falling bricks caused street closings:

The City of Detroit Department of Public Works department is closing East Warren Avenue at Dequindre Street, St. Aubin Street and East Forest Avenue. Residents are asked to use a detour route on Canfield or Russell streets.

The property is owned by notorious Detroit landlord Dennis Kefallinos, who has been targetted with tickets and lawsuits in the past. He's been cited again.

The building was built by Albert Kahn, and before being used as cold storage, it served as a tobacco warehouse. The last business moved out in 2007.