James Craig hasn't announced a run for governor yet, although he's expected to, one of these days. He's prepping by "getting tight" on issues he hasn't been involved in, but will be expected to have an opinion on: "Whether it's critical race theory, pro-life. Everything," he tells Nolan Finley in today's Detroit News. 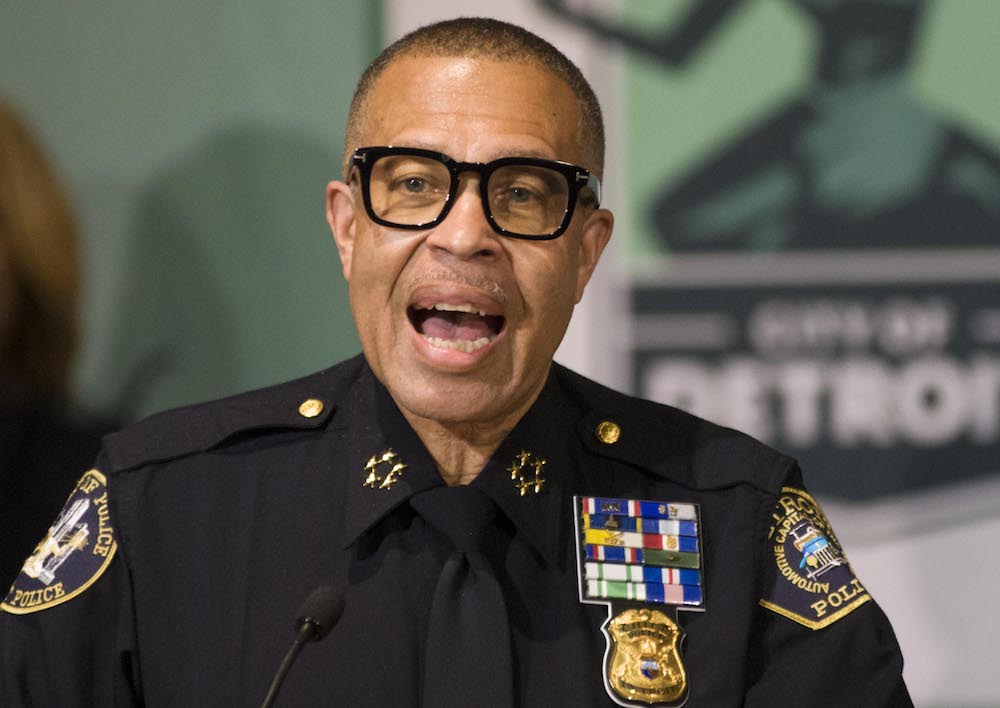 James Craig, in his last days in uniform (File photo)

But one thing he's happy to share are thoughts about policing, which is in a crisis, he claims:

"The only way to end the crisis is for the people who sit in seats of influence and leadership to come together on behalf of those who are most impacted by the dysfunction and crisis we are in. It's primarily those who live in vulnerable communities. Who fights for them? Who fights for the families of victims of those caught up in violence?"

Craig sees the most alarming threat to policing as not in calls to defund police departments, though he thinks that's idiotic, but in the movement to strip police officers of their qualified immunity that allows them to be personally sued for actions taken in the line of duty. That's already happened in New York City.

And so on. The piece is paywalled, but here's a spoiler: Craig is not quoted saying anything about police brutality, and expresses sympathy for officers who may not "feel supported" in today's atmosphere.