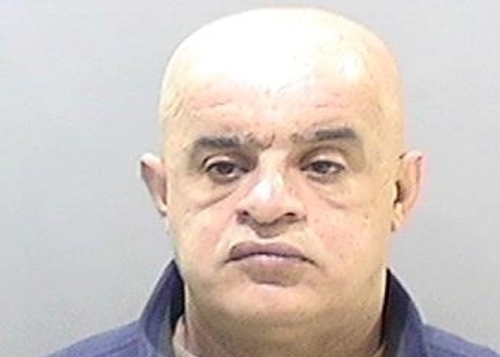 A Detroit convenience store owner has been charged with assault after authorities say he dragged, punched and choked a woman panhandler in an incident that sparked protest.

Bassam Yatooma, of West Bloomfield, was charged Friday in the March 12 attack at Brandon’s Liquor Store on Puritan and Coyle. The victim, Andrea Warren of Detroit, sustained a broken nose, prosecutors said.

Yatooma has  said the woman provoked him by spitting in his face, adding that he was concerned about contracting Covid-19 after lost both parents to the virus. His attorney did not respond to a request for comment late Friday.

A media release from the prosecutor's office says only that Yatooma did not want Warren in his store, without specifying why.

“The facts in this case are very unsettling,"  said Wayne County Prosecutor Kym Worthy. "The alleged actions taken by this defendant are really beyond comprehension when the totality of the circumstances are examined."

The aftermath of the incident was captured on bystander video and prompted a protest at the store. Yatooma is specifically charged with assault with intent to do great bodily harm less than murder or by strangulation, a maximum 10-year felony, and aggravated assault, a one-year misdemeanor.