'I Do Not Think Gabe Leland and I are Members of the Same Tribe,' Says Jewish Reporter Who Covered Him

The author is a WDET reporter/producer. This column is reposted from a new online publication, Nu?Detroit, with permission. 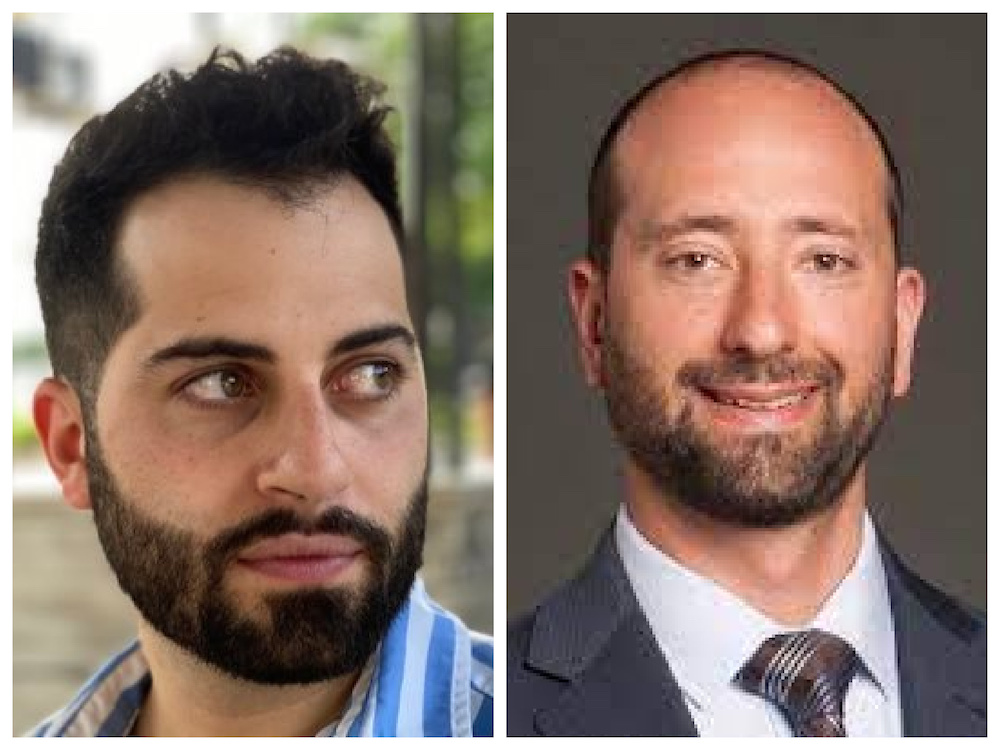 When I first moved to my home in Northwest Detroit, my wife and I found a mezuzah in our doorway. Painted over but unmistakable.

The past owners were not Jewish and had lived there over 40 years. They originally came to the neighborhood like many African American families did in the 1970s, at a time when white Jewish residents sold their property en masse and recongregated in suburbs like Oak Park and Southfield, where my father grew up. I have always known about the history here, but it was still remarkable to see this little artifact of Yiddishkeit unmoved.

The mezuzah on my home is not the only vestige of a largely absent Jewish community in northwest Detroit. I drive by churches in my neighborhood with stained glass windows that bare Mogen Dovids and Hebrew characters imprinted on the foundation slabs. There are delis that sell corned beef but no matzo ball soup. The long-vacated department store B. Siegel — a former staple of the Avenue of Fashion that would close on Rosh Hashanah and Yom Kippur — now gutted as part of a stalled residential development at Livernois and 7 Mile.

The presence of Jews in this area has been replaced by a common memory: They were here once until, rather suddenly, they were not.

So it always struck me as odd, then, to see a living relic of a past Detroit Jewry in Gabe Leland, the former City Councilman, who pleaded guilty to misconduct in office and resigned last month. Leland existed as a sort of dybbuk that the city would need to exorcise; the shadow of his indictment and its alleged corruption loomed large for the public.

Accusations against him were pedestrian for political corruption: a businessman needed something done, and the councilman asked for thousands in cash bribes to make it happen. It was extortion, and while the allegations are indefensible for any public official, the word of a federal grand jury was not enough to move Leland from his seat.

It was a strange charade for a man who won his council seat by only 50 votes, one of the last white guys in elected office in an overwhelmingly Black city (besides the mayor.)

The son of a Michigan State representative and senator, Leland followed in his father’s footsteps in Lansing until he was term limited. In 2013, he won the race for the newly created Detroit City Council seat in District 7, which covers neighborhoods like Russell Woods and Oakman Boulevard before stretching west along I-96 towards Rouge Park.

For over two years, Leland remained on council with the indictment hanging over his head. He conducted his public work as if no such allegations existed, with a sort of shaky normalcy during official city business. He voted on contracts. He appeared at press conferences with the mayor. He participated in committee meetings. 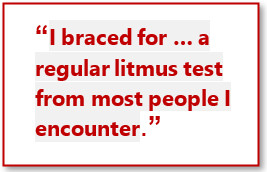 There was hardly any word of his impending trial from other elected officials, who continued to approve multi-million-dollar contracts alongside him. To city watchdogs, his presence was anathema to good governance. But those occasional detractors calling for his resignation were relegated to the crowds — given the requisite two minutes for public comment — city business continuing otherwise uninterrupted.

As a journalist who regularly covers city politics, I couldn’t help but see a sort of dark reflection of myself in Leland. We stood at opposite ends of the microphone, but there was a shared identity between us.

My family landed on both banks of the Detroit River in the early 20th Century after leaving/fleeing Old World shtetl life in Hungary, Russia and Poland. Some of them ended up in Delray and some in Windsor before making their eventual northwest crawl towards new housing and school districts.

Leland approached me once after a press conference, the location and subject of which I have since forgotten. He would never hesitate to espouse his political priorities to the press in his public life — namely growing employment opportunities for his constituents and preventing tax foreclosures. Leland expressed he would like some time on-air to talk about his platform, an obvious effort to deflect from more critical coverage. I indulged him in conversation and gave him my business card. He looked at my name and face; I braced for what I have come to understand as a regular litmus test from most people I encounter.

“Are you a member of the tribe?” he asked, already knowing my response. I answered in the affirmative. I have never shied away from my Jewish identity. It is an integral part of myself that I love and cherish. We did the usual kibbitz that Jews do in the wild for a few moments, exploring our shared geography, family, synagogues. I got his cell number and we went our separate ways. 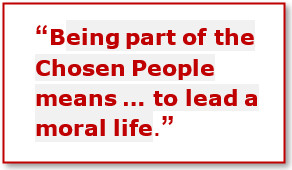 I do not doubt that Leland left that conversation feeling that he had an ally in the press corps, a “MOT” who had his back. That conversation undeniably helped me make inroads with his lawyer, another Detroit Jew, who gave me some colorful insight on how his eventual plea deal would go. Even that conversation was filled with Yiddish code-switching, a subconscious way of saying that we play for the same team. A subtle push to not go so hard on this boychik.

The thing is, though we are both Jews, I do not think Leland and I are members of the same tribe. His conduct in office represents the antithesis of how I believe my upbringing pushed me to live my life. For me, being part of the Chosen People means speaking truth to power. To lead a moral life. To be a “light unto the nations.” In many ways, that’s why I became a journalist.

It’s possible Leland started on a similar track with a desire to better the lives of others. Still, he ended his career in the public eye embodying an antisemitic trope of corruption and political nepotism. Chilul Hashem is a term Jews use when one of our own behaves immorally in front of gentiles. Leland’s rise to power — and misuse of it — send a message, either subliminally or overtly, to his non-Jewish constituents of what our people value and act on, especially in the absence of others that represent a better character.

The death knell of the Northwest Detroit’s Jewish community may have rung out years ago, but the departure of Leland serves as a final echo — another painted-over mezuzah, where many will ponder his place and purpose. He, too, will add to the collective memory of a place where Jews once resided until, rather suddenly, they did not.

Generations of Detroit Jews have come and gone, but the grand tapestry of what this community wove has not been unfurled. Now, others are adding their own stitches – civic, entrepreneurial, social and spiritual. What legacy will they leave?

I hope, at least for my part, that it’s something good.