Shamed Ex-UAW President Gary Jones Gets 28 Months for Helping Embezzle Up to $1.5 Million from Union 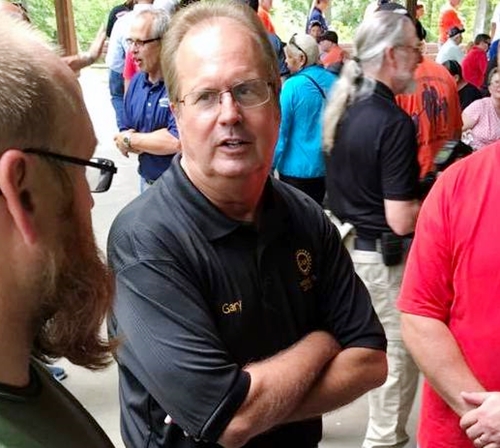 Jones was sentenced Thursday in federal court in Detroit to 28 months in prison for embezzling union funds and hiding money from the IRS. The UAW said the sentencing brought to a close "a very dark chapter in UAW history."

Jones of Corsicana, Tex., was accused of helping embezzle as much as $1.5 million in union money.

Jones admitted that he and other senior officials used union monies to
pay for personal expenses, including golf clubs, private villas, cigars, golfing apparel,
green fees at golf courses, and high-end liquor and meals costing more than $750,000 in union funds. As part of that scam, he purchased more than $60,000 in cigars and four sets of custom-made golf clubs for high-level UAW officials.

Additionally, he admitted accepting more than $60,000 from UAW official Edward Robinson, who cashed over $500,000 in fraudulent UAW Midwest CAP checks and embezzled money from the UAW Labor Employment Training Corporation. Robinson got a one year sentence.

Jones is the 16th defendant convicted in the ongoing federal criminal investigation into UAW corruption or payoffs from Fiat Chrysler executives.

“The fact that two former international UAW Presidents will be going to prison after being convicted of embezzling UAW dues money demonstrates that no one is above the law,” said Acting United States Attorney Saima S. Mohsin in a statement. “The working men and women of the UAW can feel that justice was done, and that their union is on the road to reform.”

The UAW issued a statement:

Jones clearly put his personal and self-interest above that of the members of his Union and has been stripped of his membership in the UAW.