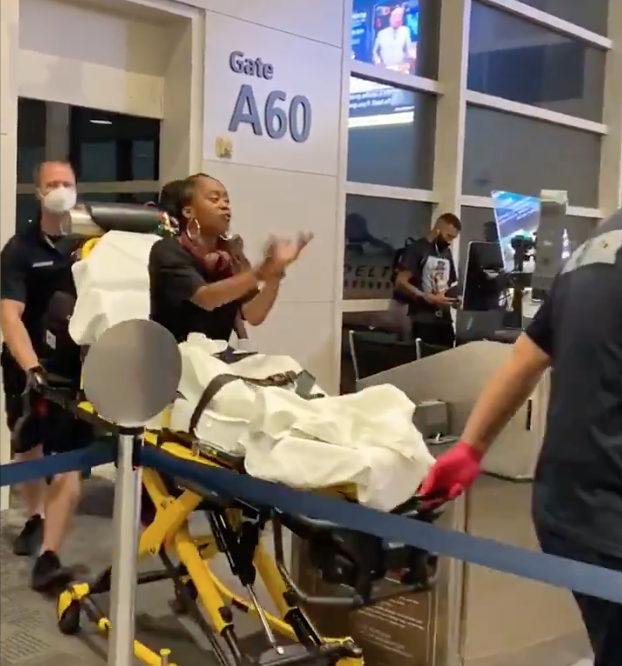 The friendly skies have become the frightening skies.

"The customer was met by law enforcement upon landing," the station adds.

A video on Twitter shows the restrained passenger being wheeled off the plane on a stretcher by EMS personnel, saying aloud:

The airline issued a statement:

"Delta flight 1131 operating from Los Angeles to New York-JFK diverted to Detroit after a customer issue on board. The customer was met by law enforcement upon landing. We apologize to our customers for any inconvenience, though the safety and well-being of our customers and crew is always Delta's top priority."

Passenger taken off the plane.. pic.twitter.com/TApt4sbgbh