A detailed look at Michigan's 20 largest cities shows that "most will be increasing their police budget from last year's dollar amount" in the fiscal year starting July 1.

Michigan Radio did the analysis to spot possible changes "after a year of protests calling for dramatic changes in policing across America," says a post today by data reporter Nisa Khan and reporter-producer Dustin Dwyer. 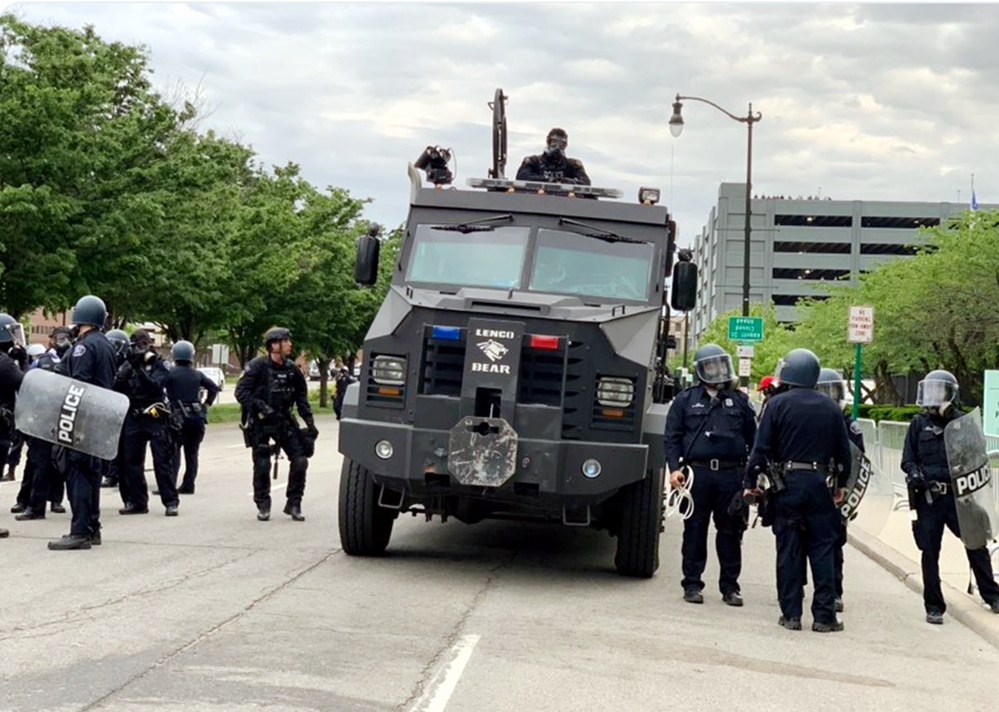 Detroit, Dearborn, Lansing and Grand Rapids "plan to increase funding for their police departments in the coming year," note the journalists for a public radio group based in Ann Arbor. "And they are not alone."

Among those [20 largest] cities, few will reduce the number of officers. Ann Arbor and Dearborn are eliminating five police officer positions each.

Both Warren and Sterling Heights proposed adding police officers, while most of the other cities will keep their police staffing levels the same.

"It is time for us to look at these budgets closely. The police budget needs to be defunded. There’s too much money being spent on the police, and not enough on the people of Detroit."

There's a lot of variation in how cities put their budgets together. For example, some cities include dispatch services in their police budget, but others don't.