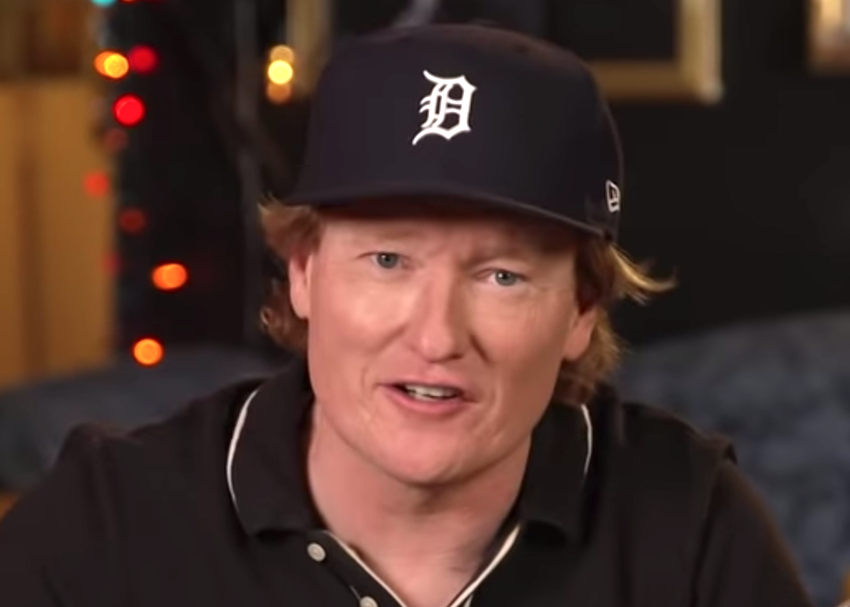 After 11 seasons of hosting a nightly talk show on TBS, comedian Conan O'Brien signed off for the last time Thursday night.

Over the years, the 58-year-old Massachusetts native did some funny shticks about Detroit and Michigan.

Last year, he did an amusing public service announcement urging Michiganders to vote in the presidential election. He wore Tigers, Lions and U-M caps interchangeably during the 1 minute, 40 second spot and made mention of such notables as Vernors, Mackinac, Bell's beer and Jim Harbaugh. (See the video below)

In 2012, he talked during his monologue about Mitt Romney coming to Michigan and did a mock Michigan presidential campaign commercial. (see below)

And in 2009, weeks before his NBC show, Late Night With Conan O'Brien came to an end, he did a humorous segment from the Detroit Auto Show with WDIV's Devin Scillian. (see video below)

Last month on his show, "Conan," he hinted things were coming to an end at TBS.

"As some of you have heard—it's been out there for a while now—but we're making it official: we are winding down our TBS show. The plan is to reemerge on HBO Max sometime in the near future with what I think will be my fourth iteration of a program. Imagine a cooking show with puppets, and you'll have the wrong idea."

On Thursday, as he signed off, he said:

"And now just close with this one thought I have devoted all of my adult life, all of it, to pursuing this strange phantom intersection between smart and stupid. And there's a lot of people that believe the two cannot coexist. But God, I will tell you, it is something that I believe religiously. I think when smart and stupid come together, it's very difficult. But if you can make it happen, I think it's the most beautiful thing in the world. I am so grateful to all my staff and the fans in this country and around the world who have joined me in this really crazy and seemingly pointless pursuit to do things that are kind of stupid, but have something smart in there somewhere."