'It's gross:' Don't do this, Michigan State police advise with photo that amuses Twitter

Update, Monday morning: I-94 in Dearborn and Detroit is expected to remain closed Monday morning during rush hour because of flooding. Authorities brace for possibly heavy rain Monday and Tuesday. 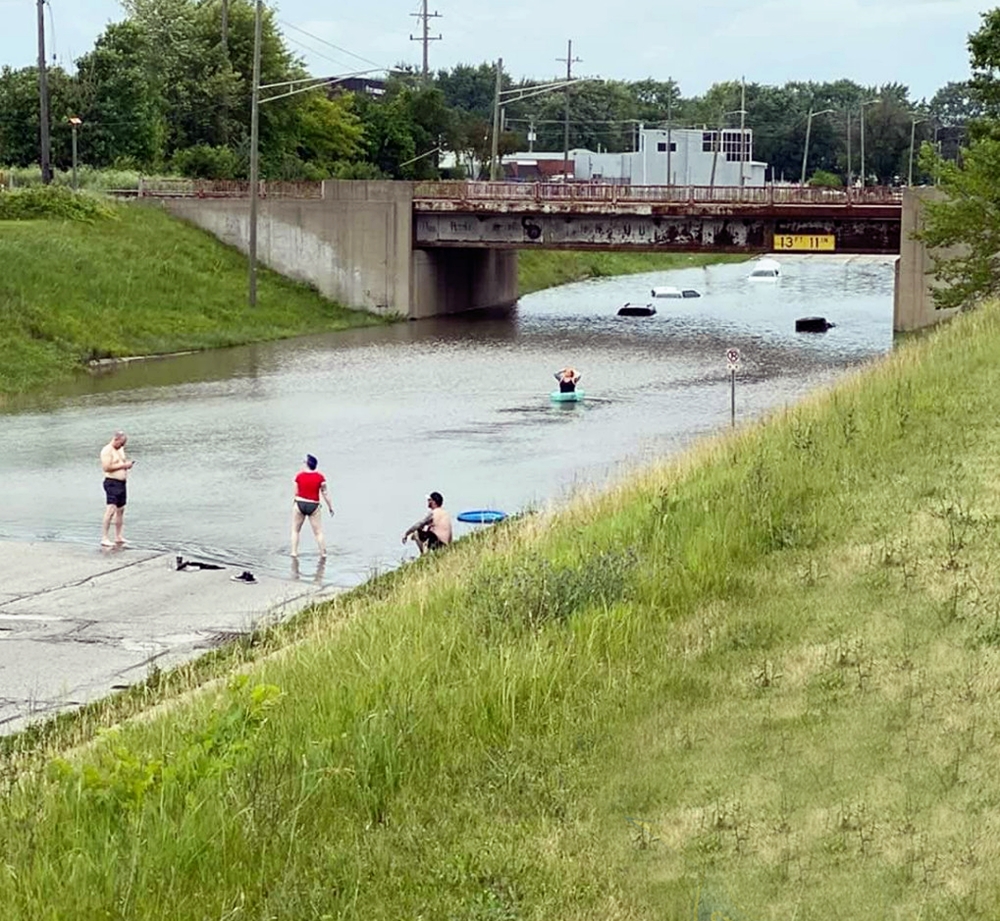 Metro Detroit's state police post shares a warning one of its social media managers "never thought I would have to say: Do not go into the water" that submerges freeways, even on an 88-degree Sunday.

"This water has debris, sharp metal, submerged cars, gasoline and oil floating in it," the agency tweets with its photo below. "There is also a good chance that there is sewage also in the water. In other words it’s gross!"

Parts of most area highways, except the Southfield Freeway, remained barricaded a day after unusually heavy rain swamped the region early Saturday.

The bizarre pathetic highway wading scene opens the door for an online open-mic club as amateur comics test one-liners. These are among over 50 comments on the troopers' thread:

♦ "Nothing can stop the Jobbie Nooner!" -- Scott Held

♦ "These people will tell you all about the reasons they're not getting vaccinated, though." -- Andrew McFarlane

♦ "This is like in Seinfeld when Kramer starts swimming in the East River." -- Christopher Weigl

♦ "Say what you want about Detroit, but at least officials are upfront and honest when people are being stupid. 'You're swimming in actual shit, get out of there!" -- Aiden

♦ "Have you ever heard of Charles Drawin?" -- Charles West